Greg Laswell / “What a Day“

10:43PM.
Our family is growing this year. My sister and brother-in-law are expecting their first baby this summer. Meet my future nephew, Elliott: 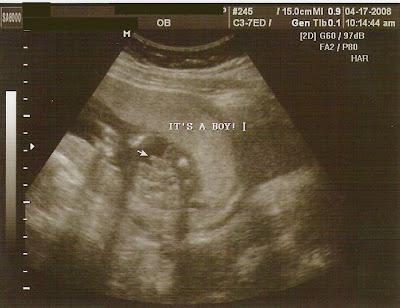 I can’t wait to meet Elliott, especially in light of everything his parents (and our family as a whole) went through last year. I’m going to do the best I can to spoil him rotten, instill in him a love of reading and photography, and teach him how to swear in pig latin.

While Rich and I are not adding a human baby to our family mix anytime soon, we did add to our family nonetheless this weekend. Meet our new son, Troubadour Hobo: 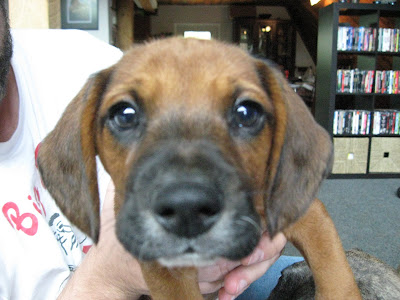 Troubadour (Tru for short) is a Bagle, a Basset Hound-Beagle mix. He’s 10 weeks old and weighs about five pounds. Rich and I adopted him from the Monroe County Animal Shelter (MCAS) yesterday. 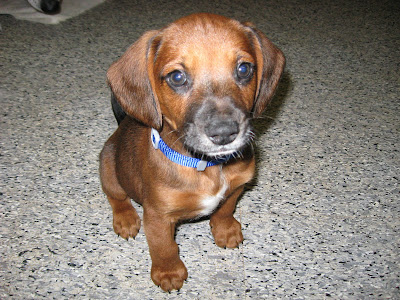 Adopting a new puppy was not a decision we made lightly. We’ve talked about it off and on for over a year now. The clincher, though, was the week Caleb spent playing with his cousins while we were in Uruguay. To hear Ken and Vanessa tell it, he played non-stop the entire time we were gone (his boy cousins are three and four years old). His big sister, Snoops, is 12 now, and her arthritis precludes her from playing with him the way his younger cousins can. So what to do that wouldn’t upset our family balance too much? Adopt a puppy. Tru is young enough that Snoops accepted him immediately (she would reject an older dog), happily going into mothering mode. Caleb likes him, but is dealing with some slight jealousy issues (read: every toy in the world should belong to Caleb). 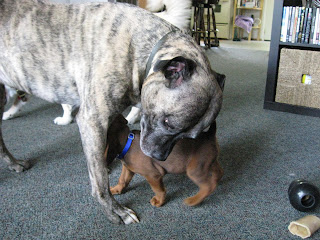 Rich and I recently fell in love with a gorgeous pit bull puppy named Billie, but as Billie is a boy, we did not get to adopt him because it’s inadvisable to have pits of the same sex. Lo and behold, Rich was doing some online puppy surfing the other day, and we found ourselves driving to the MCAS yesterday. We recognized Hobo from his picture online and fell in love with him instantly, even though we did look at all the other puppies onsite at the time. The funny thing is that Hobo, as he was named by the shelter, had on a pink collar — he’d mistakenly been identified as a girl. After signing the adoption papers, we noticed some extra baggage attached to his undercarriage and confirmed that the pink-collared Hobo was not a girl at all. So after a second of disappointment at not having a little girl puppy I could at long last dress up (much to Rich’s chagrin), we decided we already loved him too much to turn him back in and wait for a girl puppy. Now I have to find little boy puppy clothes for him (much to Rich’s chagrin).

After a day and a half with his new family, Tru is doing great. He seems fearless, only getting scared once, when Caleb growled at him for playing with his rope (because all toys should belong to Caleb only). Snoops enjoys following him around, making sure he’s OK, while he in turn loves to play with her tail. He is in awe of his big brother, kissing Caleb whenever possible, and putting his paws on Caleb’s face. Which is pretty funny to watch, since Tru’s entire body is the size of Caleb’s head. The cats have already adapted, which we attribute to Caren bringing her puppy, Willow, over often enough that they know what to expect. And how to avoid a puppy. Willow (and her mom) actually came over tonight, which thrilled all our dogs to no end.

I have to admit, the best part of having adopted Tru (aside from his fantastic portability), is that, so far, he seems to love me more than he loves Rich. Having been tossed aside by Snoops once Rich and I got together, and with Caleb worshipping the ground his Papa walks on, it’s a great feeling. 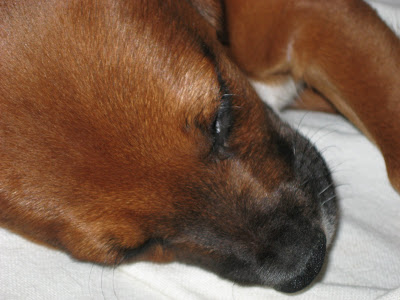 *Note to Vanessa: It’s not a couch! But he IS brown and he IS a permanent fixture in our house. 🙂