So that was a year, huh? Last year  was so weirdly awful/awfully weird that it turned out my New Year’s non-resolution post was the one and only time I managed (bothered) to update. (Also, I’m still sticking to the non-resolution thing. It’s very freeing.) Of course, given that we went into pandemic lockdown in mid-March, it’s not like I had a lot of interesting stuff going on. Ergo, nothing much to write home (here) about.

Granted, lockdown could have been a lot worse. Rich and I were fortunate — and incredibly grateful — to still have full-time jobs. He’s been working from home full-time for his company for a while now, so he was already used to it. My last day in the office ending up being Tuesday March 10. I worked from home Wednesday, my usual day, then ended up working from home again on Thursday because Sebastian was sick. That afternoon work sent out an email that our work-from-home experiment on Friday would actually be an indefinite work-from-home period. And that was it. Our office remained closed the rest of the year. We got to go in and empty out our cubicles as part of a “clean cube” initiative, so that was a bit surreal. On my assigned day and time at the end of September, I was the only person in the wing where my cubicle was. It took me exactly one hour to pack 14 1/2 years’ worth of mementos, paperwork, and photos into two boxes, so I didn’t even get to say hi or bye to anyone. It actually ended up being more depressing than surreal.

Since everything was going into lockdown when Coraline’s spring break rolled around, we didn’t go to our cabin as planned. The Saturday at the end of spring break, though, we went out and enjoyed a day at Cades Cove. Nature put on quite a show for us that day, as if in anticipation of us not going anywhere again for the foreseeable future: We saw bears, deer, eagles, and even red wolves on that trip, the most animals we’ve ever seen there. It was glorious. The next month Rich and I celebrated our 20th(!) wedding anniversary with a homemade meal of fried chicken, one of my specialties.

We took (and continue to take) lockdown seriously, wearing masks when we ventured out for groceries and the occasional takeout order. We’re lucky that we were able to space out in our house, although when Sebastian is home I’m never truly alone. That boy is like a bloodhound — if I’m home, he’ll find me. We had a lonnnnng few weeks when preschool shut down to all but the children of essential workers. Sebastian needs structure and routine, and we couldn’t give him exactly what he needed as we were both still working full-time. It was a huge relief — for all of us — when he got to go back when preschool reopened to the rest of the kids about three weeks later. Of course, most parents were hesitant or unable to take their kids back, so Sebastian ended up being one of a handful of kids there for the next few months. We had complete confidence in how well the school was cleaning rooms and items, and they enforced the mask mandate for all adults. So we felt he was safe returning. Thankfully, he and all his little friends have remained healthy throughout. I’ve only heard of two parents having or being exposed to COVID since they reopened, and neither was related to any of the kids in Sebastian’s classroom.

I finally slid into a major depression in late July. We made the hard decision to have Coraline attend school virtually starting in August and a friend was diagnosed with cancer. Those events compounded everything else and, as a result, I turned into a weepy mess for a while. Everything felt horrible and hopeless, and not being able to see family or friends like I normally would have been able to didn’t help. Luckily I came out of my depression in a few weeks. That was … not a good time for me, though. Obviously.

In October we cracked: We decided to go to the beach for Coraline’s fall break. We rented an Airbnb so we had a house all to ourselves, and it was literally around the corner from the beach. So we’d just load up with our bags and umbrella and gear and walk over every morning. Since it was October versus June, July, or any summer month, really, we were there for off-season and didn’t have any problem with crowding and being around other people. It helped reset our sanity a bit, and I FINALLY got to see sharks in the wild, a bucket-list item of mine. I can die happy now having seen sharks in the wild. We saw some sharks enjoying a feeding frenzy off a fishing pier our antepenultimate day there, which was … surreal. And more intense than I would have thought. As much as I love sharks, now I KNEW they were literally in the neighborhood. So the next day — our last day going to the beach — I stayed in water that didn’t come up past my knee. That turned out to be the one day Sebastian REALLY wanted to go in the water to kick waves, so I did my best to distract him with building sandcastles and collecting shells. Coraline and Rich were far braver than I and went boogie-boarding as usual. I just watched and prayed a hungry shark didn’t wander too close and think either of them was a Lunchable.

On the drive to and from the beach we ate all our meals in the van, and when we ate at a restaurant at the beach we were always well spaced out since it was off-season and only the locals were still hanging around. We also ate at least half our meals at the house, alternating between cooking and working on whatever leftovers we had. We made it home healthy and the happiest we’d been in months. Back home we went back to our usual lockdown mode, though, and avoided seeing even our “pod” people (ha) for about two weeks after returning, just in case. For Thanksgiving we had a handful of our “pod” family members over, sticking to the suggested 10-or-fewer recommendation. For Christmas we only saw my parents. The kids handled that really well, considering they always get to see ALL of their cousins for the holidays. But they understood that 2020 was not a normal year. Having the first white Christmas in Knoxville in 10 years helped. Actually, I’d say Coraline has handled lockdown better than Rich, Sebastian, or I have. She’s done great in school, even making honor roll and winning good citizenship and perfect attendance awards (she always logs on early to not risk being late). She gets to see friends at kung fu, where everyone is masked and spaced out, and she sees her Girl Scout sisters at small meetings, as well as virtual ones. Whereas I’ve seen four friends since March, and I think Rich has seen three. Good times at Casa Lee.

I know things could have been much worse for us, so I’m grateful for having been able to work from home and keep my family as safe as could be. And at least we had that beach trip and that one perfect day at Cades Cove. 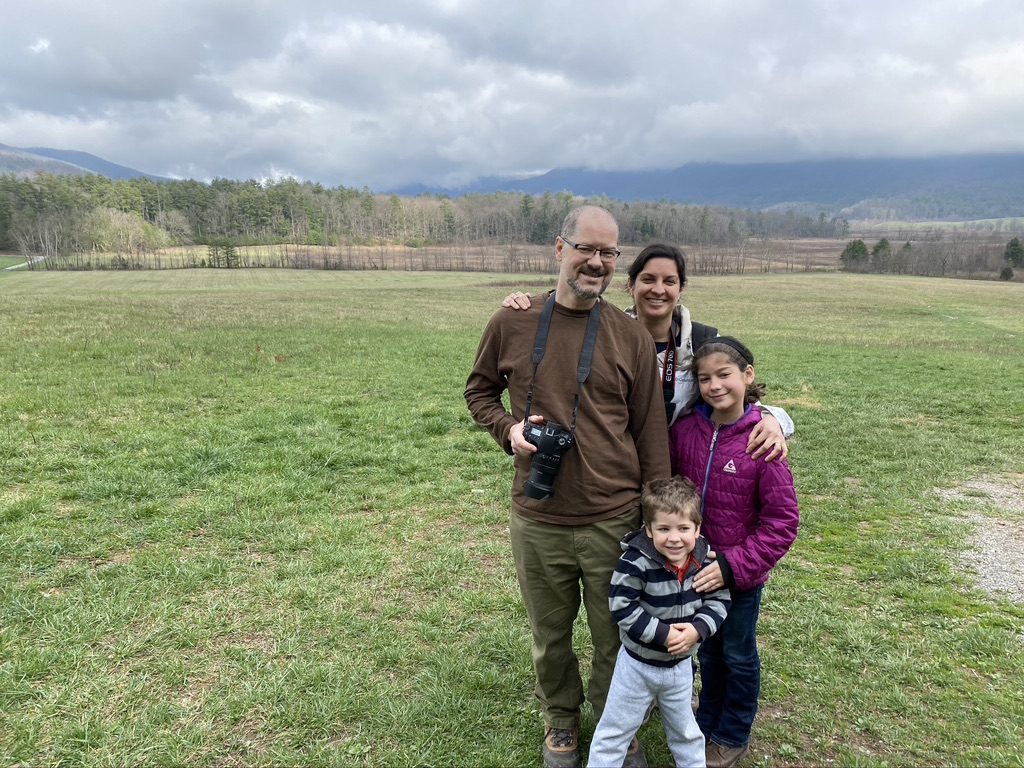