Randomosity on a Monday

9:01PM.
The Tiny Terror of South Knoxville
I love my new puppy. I really do. I love everything about him. The way he kisses me and cries/yowls for reassurance when I let him out of the crate every morning. How he hides behind my leg (or Rich’s) when he’s unsure of something. The wrinkly little forehead. The grumbles and snorts he makes whenever he shifts position while sleeping. Hopping at my feet to be picked up. How he stares at and follows Caleb around, with open worship on his face. Hell, even him humping my poor cat, Belle, yesterday was pretty funny (for me, not her). But you know what I don’t love? The biting. Do you know how sharp puppy teeth are? It’s like he’s part fucking piranha. Must break him of that habit soon. Very soon. 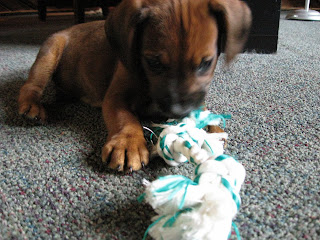 I Pulled Another Lemming…
…and set up a Facebook profile. I already like it more than MySpace because the template doesn’t make my eyes bleed. Although I will keep my MySpace page up. Because how else would I contact bands about song lyrics and actually get responses?

But Will We Get the Bird Flu?
We can’t use our grill for the foreseeable future. Seems while we were in Uruguay, a certain Ms. Momma Robin decided to build herself a nice two-bedroom nest in our grill. Two of the three babies survived, and now we are peacefully co-existing with Momma and her two nestlings. Still, I can’t tell you how the thought of using our grill again, even after a very thorough cleaning, weirds me out. “I asked for cheese on my burger, not feathers!” Yuck.

Should’ve Seen Them When I Had the Chance
So I bought Rocco Deluca and the Burden‘s album, I Trust You to Kill Me, recently. I’ve been listening to it nonstop, it’s so good. And kicking myself for not making a point to see the group when they played at Blue Cat’s a few months back. Fun fact: The band is signed to the Ironworks Music label (also love honeyhoney’s “Little Toy Gun”), owned by none other than Kiefer Sutherland. So buy this album or Jack Bauer will kick your ass.

Thar She Blows
I recently got my hair chopped off (back on the 10th). I finally reached the point where it was getting too long for me to really do anything with it. I ended up getting an awesome layered cut, which my stylist (look, Ma, I have a stylist!), Christopher, then ironed straight to within an inch of my hair’s life. After two attempts at letting my hair dry naturally, I have been faithfully blow drying and ironing my hair every night since. It takes anywhere from 30 to 45 minutes each time. And all it took to motivate me was my beloved calling me “Poodle Hair” after I let my hair dry naturally. Thanks again for that, honey. (And many thanks to Caren for introducing me to Christopher.) 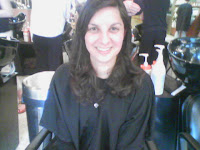 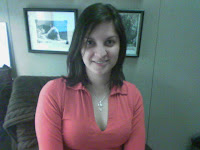 Before and after photos taken by Caren with my camera phone.

Tagged as birds, facebook, grilling, happy mondays, i trust you to kill me, ironworks, kiefer sutherland, myspace, rocco deluca and the burden, step on

The VLA’s "When I Am Through With You" — for Download!

9:33AM.
I’ve ragged on MySpace before, but I will give it credit where it’s due: Were it not for MySpace, I never would’ve been able to contact the very accommodating Jason Rabe, lead singer for the VLA, to get the complete lyrics to their song, “When I Am Through With You.” Since the song is currently best-known as the theme song for Damages (which I love), people from all over are always landing on my blog looking for the lyrics (which I posted several months ago).

Lately I’ve also gotten some e-mails from people asking if I know where they can download the song (I’m not sure how well MySpace’s download function works), so I once again contacted Jason. Lo and behold, he sent me an MP3. He told me to enjoy blogging it, sharing it, posting it. So here it is. Enjoy listening to and sharing the song. And be sure to swing by the VLA’s MySpace page to say thanks.

UPDATED: I re-added the MP3 below since it appears to have been lost when I switched from Blogger to WordPress.

When I am Through With You - The VLA

*If you have trouble downloading the song, click on the Email Me link in the left nav bar, and I’ll do my best to send it to you sometime this weekend.

What to Do, What to Do and MyWaste of MySpace

Song Lyric of the Day:
And of the years that rolled by / Yeah some were so good / But now I know that / You were the coward / The holes in your soul / In tatters for all these years
Dirty Pretty Things / “Deadwood“

My 33 Days of Pattie item for today? Emailing some friends I haven’t kept in touch with lately and reconnecting with ones who’ve found me via MySpace. Because, as you know, I’m horrible with email. Better than I am when it comes to phoning people, but still.

After a year of MySpacedom, exactly four people from high school have found me. Four. Besides being a lemming, reconnecting with former classmates was my primary reason for signing up. Templates that make my eyes bleed, creepy people who want to be my “friend” (just say no, kids!), countless bulletins, the ads — oh, the ads — and all because I refuse to pay for Classmates.com. (“Hi, Patricia! 82 people have searched for you lately. Want to find out who? Then pony up the dough, bitch!”) So in lieu of actually reconnecting with people I used to know, I’ve now decided to use my MySpace page primarily for evil: collecting celebrity “friends.” Although a few of them have been nice enough to respond to brief messages (a congrats on an Emmy nomination, asking for the stalking charges to be dropped — you get the idea), which is nice.

I’m one of those people who actually checks out profiles before deciding to add someone as a “friend”; I’m not a collector. And, boy, have I turned down some weirdos. But, hey, to each their own, right? At least I can count lots of local bands and published(!) authors among my “friends.” I figure why not help local bands out with the added exposure? Although I do scrutinize their profiles like anyone else’s and listen to their music; I’ve turned down some bands with songs containing lyrics that cross even my admittedly liberal line.

While MySpace is a harmless enough diversion for me (when I bother to check in), I don’t get why it’s a hardcore addictive habit for some people I know (ahem). Then again, I’ve never been wired exactly the same as everyone else. Which is just fine by me.