Way Beyond the Fourth Wall

8:17AM.
Just when I think I can’t love TV any more, the writers of my favorite shows find ways to make the shows even more fun by making them interactive. All you need nowadays is an internet connection and/or a phone to reach out and touch your favorite TV character. Keep in mind that I haven’t personally called every phone number or checked out every website; check them out at your own risk.

One of the more popular examples is from the Scrubs episode, “My Malpractical Decision,” when Turk proudly announced that his new cell phone number was 916-CALL-TURK. A few lucky people who called the number at the right time found themselves talking to the show’s cast members; others got Turk’s voicemail message. More recently, The Todd touted his own website, TheToddTime.com, on a t-shirt. I’m still not sure what the point of the site is, but it’s a fun idea nonetheless. 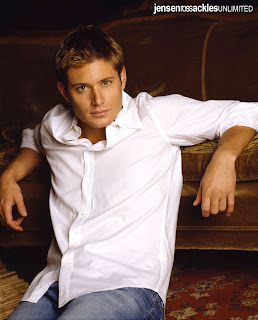 The first season of Supernatural (watch this show if you aren’t already!) had Dean Winchester (Jensen Ackles) give out his cell phone number as 866-907-3235. The number is worth calling just to hear Ackles’ voicemail message asking for info about the day his mother died. And just a few weeks ago, Dean froze his brother, Sam’s, computer on a website called bustyasianbeauties.com; last I read, it’s not a live URL; I wouldn’t investigate this one while at work just in case.

Some of the actors on The Office have MySpace 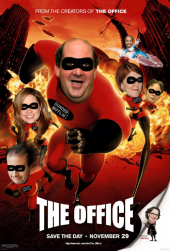 pages as their characters. Check out Angela, Creed, Kevin, and Meredith‘s pages (be sure to check out Meredith’s heroes and Kevin’s photos).

Want to try your luck with an email? You can write to LJ, Lincoln Burrows’ son on Prison Break, at LJ@ign.com. Or you can stick to the phone and call 312-909-3529 like Michael Scofield did; take note that this phone number does not use the typical Hollywood 555 prefix.

If you’re in need of assistance in thwarting international conspiracies and toppling terrorists, you can turn to CTU in Los Angeles for help — 24‘s Counterterrorism Unit — by checking out their official website or calling 310-597-3781. I wonder what you’d hear if you called the now-dead Graem Bauer’s cell phone at 818-555-0175.

Lost‘s Dharma Initiative, founded by Alvar Hanso, is given its due on the Hanso Foundation’s official website.

You can check for yourself to see if you’re on Heroes‘ list on the Primatech Paper company’s official website; the site even lists their phone number as 1-800-PRIMA-16; the access code at the bottom of the page is probably tied to the phone number. Like HRG’s job, the site is a front for something bigger.

2 Responses to Way Beyond the Fourth Wall