No Caffeine and No Alcohol Make Pattie Something Something*

Young the Giant / “My Body“

It’s been a while since I’ve had caffeine. A long while. In fact, my last drops of caffeine were drunk in the form of a Coke I had with lunch on Friday, January 22, 2010. I remember the exact date because immediately after work that night is when I took the home pregnancy test that (obviously) came up positive. Rich ended up having to talk me off the proverbial ledge when I saw that plus sign and freaked out (OK, one of many reasons I freaked out) that the caffeine I’d had that day would hurt the baby. As it is, by that time I’d already scaled my caffeine intake wayyyyy back since we were trying to get pregnant. Which turned out to be a good thing. And luckily for us, Coraline did not come out a hopped-up, twitchy little caffeine addict. Dodged a bullet there. 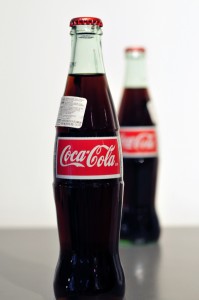 Coke with real sugar, how I've missed you.

I haven’t drunk any alcohol for even longer than that. My last drink was on New Year’s Eve 2009, when I toasted the coming year with a bit of champagne. As with my cutting down on caffeine, I’d already decided by then that that would be the last alcohol I had for a while since Rich and I were actively trying to get pregnant. Little did we know that Miss Baby was already in existence (we got pregnant really quickly), so it’s a really good thing I didn’t drink after that. Not that I’ve ever been a big drinker — I certainly wouldn’t be upset if Prohibition made a comeback. I get tipsy off a glass of wine and a four-pack of wine coolers can last me months. And I’ve never given in to the urge to drink my troubles away after a bad or particularly stressful day, no matter how much I’ve wanted to. (Ah, the responsible, smart decisions you make when you’re an ACoA).

So why am I writing about this now? Because we’re getting ready to go on vacation soon, our first in, well, I can’t remember how long. I know Rich and I went to that awesome bed and breakfast a couple of years ago, but that’s the most recent thing that comes to mind. This will also be our first long-distance trip with Coraline, who handled this past weekend’s drive to and from Chattanooga better than we expected. Anyhoo, I’m thinking I’ll likely fall off the caffeine wagon during this trip — we’ll be driving to Iowa, and it’s a 16-hour drive we’re going to split over two days. I’m going to need to stay more alert than my currently non-caffeinated self is. My personal litmus test with regard to giving in and drinking caffeine was this year’s Relay for Life, a test I passed since I made it through without a drop of caffeine. Not that it was easy. I know this drive won’t be — Rich and I are not spring chickens anymore. We’re parents.

As for thinking about drinking alcohol again, well, did I mention the 16-hour drive with an 11-month-old who’s never been in the car that long? Ever? Not even for one-fourth that amount of time? This is a baby who tries to gnaw through her car-seat restraints when she’s decided she’s tired of being stuck in the car. That usually happens around the 15- or 20-minute mark. I’m really hoping how well Coraline handled the drive to Chattanooga is a good indicator that she’ll do better on the Iowa drive than we hope she will. Of course, now that I’ve said that, I’ve jinxed us and you’ll see us on the national news along with the headline “Baby Hijacks Elantra on Interstate Drive.” Rich and I will then be interviewed by a green-behind-the-ears reporter eager to hear all about how our baby took over driving since she was sick and tired of being cooped up in a car, listening to her parents’ iPod playlists on repeat and their boring, domestic conversations about what house projects they’re going to start upon returning from Iowa, and their complaining about how often they have to stop to stretch and relieve their bladders … See? I need a drink already. 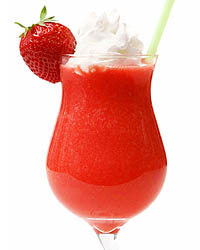 Minus the whipped cream, this is perfect.

*I admit — being a Simpsons fanatic, I was absolutely thinking of this when I came up with this post title.