I had planned to come out of my long winter’s blog hibernation with a post I’ve had an idea for for some time now, the gist of which is materialism. Nothing serious. Nothing heavy. But then yesterday the actor Philip Seymour Hoffman died.

I grew up with an alcoholic father. I’ve alluded to that a tiny bit here and there over the years, and even though my dad has been sober 21 1/2 years now, it’s still not exactly an easy (or pleasant) topic for me to discuss or revisit. But with Hoffman’s untimely passing at the young age of 46, I am once again questioning what I believe about addiction.

I admit: When my dad was at his worst, if a doctor had said he needed a liver transplant, I would’ve been the first in line to say he didn’t deserve a new liver. Because he would have done that to himself with his drinking, right? His choice to drink. And drink. And drink. Why would he deserve that kind of help when he drank himself to that point? I certainly can’t speak for everyone who grew up with (or is still dealing with) an alcoholic parent, but that was how I felt and my reasoning for it. Obviously, now that he’s been sober for as long as he has, I’m grateful things never got to that point. God, am I grateful. But for a long time, it certainly seemed like that was the road he was heading down — and taking our family with him. Luckily he took to heart what he heard and discussed in Alcoholics Anonymous.

That’s it. That’s the extent of my personal, direct experience with addiction. I grew up firmly believing — knowing — that an addict chose to be one. They drank that first drink. They snorted that first line. They took that first pill. I do believe, however, that some people are predispositioned to become addicts. Not everyone who takes that drink becomes an alcoholic. Not everyone who tries that pill becomes hooked. But others, like my dad and Mr. Hoffman, they become addicts.

Everyone has pain. How we choose to deal with it is up to us. Some of us turn to therapy (raising my hand here), some confide in friends, some channel it into a creative or personal endeavor, still others find something — anything — to help them deal. But we all have to deal with it somehow. And as I’ve gotten older (can’t say wiser), I’ve come to see that for some people, whatever pain it is that they’re dealing with is just too great for them to handle. So they turn to some of the most destructive things out there.

No one deserves to become addicted to drugs or alcohol. No one sets out to become an addict. It happens. Whether through self-destructive methods, the wiring in their brain, a genetic predisposition, it happens. I grew up in fear of becoming an alcoholic like my dad. As a kid, I did a research project for school on alcoholism and learned that I was at least four times more likely to become an addict myself. So I decided very early on that I wouldn’t end up like him. I was 25 years old before I tried socially drinking. As of today, I’ve imbibed maybe three drinks in the last six months. Do I think I’m still at risk of becoming an alcoholic? No. But I choose not to drink that often because (A) I’d rather find other, more constructive ways of dealing with life when I feel overwhelmed and (B) I just really don’t like drinking alcohol all that much. Rich likes to joke that my vice is not having a vice. And also, I have a child of my own now, one who is (I imagine) enjoying having a sober, present mom.

Hoffman’s death is a tragedy: He was a father of three young children. He was a talented actor. He was still so young. We can only speculate as to why, after 23 years of sobriety, he fell off the wagon again, culminating in his passing yesterday. Me, personally, I can only thank God I have never felt so lost, so hopeless, been in such psychic pain, that I turned to drugs or alcohol to help me deal with life. There for but the grace of God go I …

Everyone has pain. How you choose to deal with it is up to you. 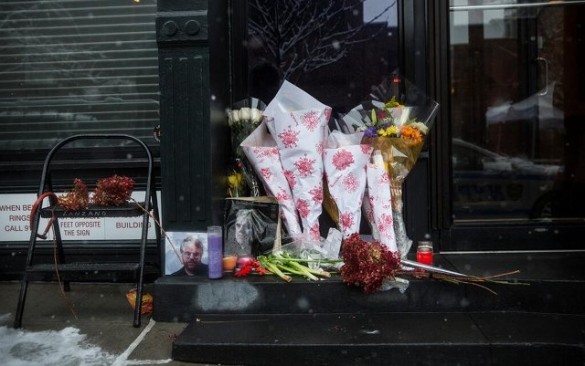