After an epic LAX layover, Nan and I had an equally epic 12-hour flight from Los Angeles to Auckland, New Zealand. Air New Zealand more than lived up to its stellar reputation, and the plane had what is by far my favorite in-flight entertainment console ever. In between several naps I watched Guardians of the Galaxy, Housebound, the season finale of episodes, and most of Bad Neighbours (aka Neighbors in the U.S.). 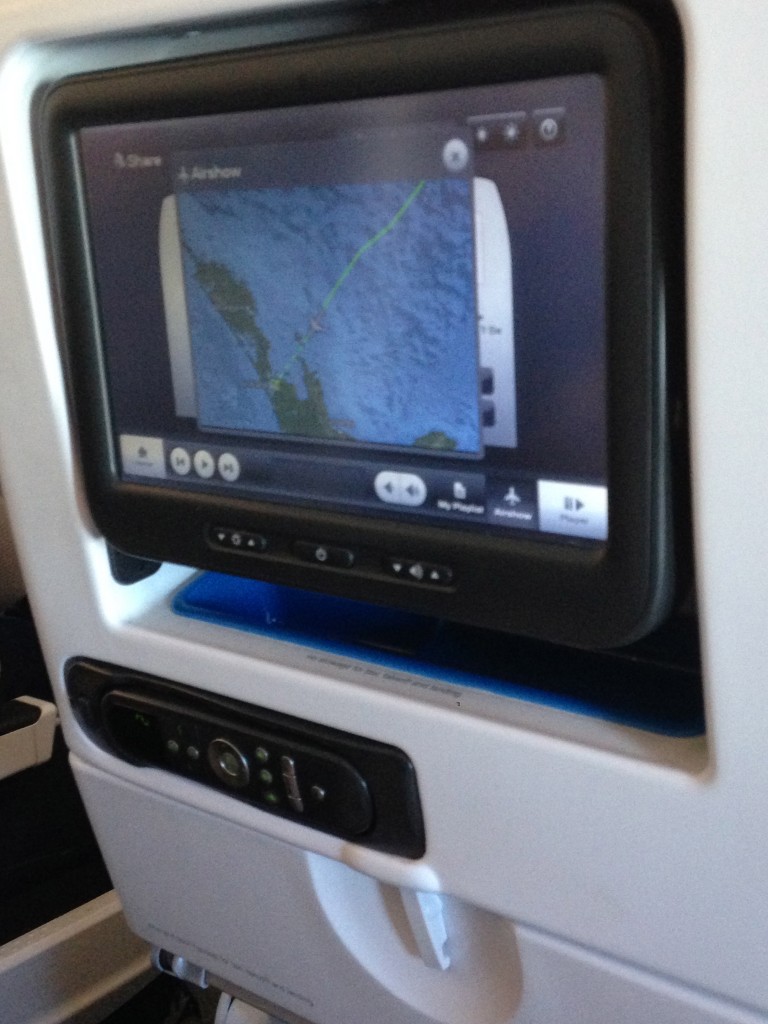 This made my limited periods of consciousness between naps fun.

Even wearing compression socks and taking short aisle walks, I got off the plane in Auckland with the cankles I never got during pregnancy.

Nan and I claimed our luggage and immediately encountered a camera crew doing interviews with Hobbit Fan Fellowship contest winners and their guests. Even though we had left Knoxville 30+ hours ago, Nan and I were more than happy to oblige and talk about how she won, where we were from, what we were most looking forward to.

After the interview we followed our fellow hobbits across the street to the Novotel Hotel, where rooms had been booked for all of us to freshen up. After a half hour we took our luggage to a conference room area where we checked in, got our badges, and were given Hobbit-branded T-shirts, windbreakers, and luggage tags as well as a swag bag. After check-in we met everyone in a big conference room with a buffet and The Hobbit An Unexpected Journey playing on two big screens.

Nan with the swag bag we received at check-in.

We were welcomed by reps from 100% Pure New Zealand and then divided into groups based on where we came from. Nan and I are in the Hobbit group with everyone else from the Americas, with the other groups being the Wizards, Dwarves, and Elves.

Once sorted, we were bussed to the airplane tarmac — which apparently took jumping through a lot of hoops — to be photographed in front of the Hobbit-branded Air New Zealand plane that most of us flew in on. 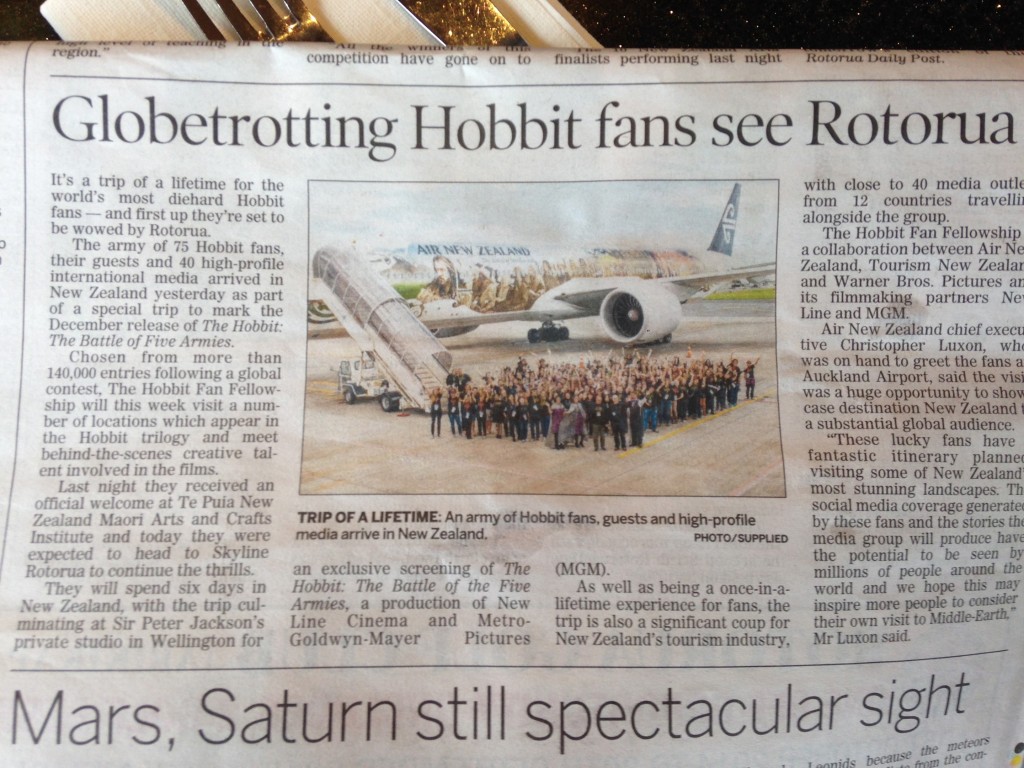 We were featured in the local paper in Rotorua using the plane photo op. Nan and I are somewhere on the right toward the back.

Once the photo op was over — the local and international media coverage has been unreal — we hopped on a bus for the three-hour drive to Rotorua. We had a brief period for refreshing ourselves (again), then it was back on the bus to go to Te Puia, a living Maori cultural center. We saw mudpools and the Southern hemisphere’s largest active geyser (Pohutu), learned about Maori culture, and were treated to dance/musical performances in the meeting house, which were so much fun to see. After the performances were over, it was time for a huge buffet.

After our evening at Te Puia, it was back to our hotel where Nan and I passed out by 10PM. Which was a good thing, since we had to get up early to tackle day 2: Hobbiton.

*I have not had good luck with Wi-Fi while here, and after a whopping phone bill post-Toronto, I now leave the Cellular Data option turned off so I’m not racking up excessive charges by using Instagram and Twitter. Tonight has been the best Wi-Fi connection I’ve had since we got here.