Well, the first time that I got it I was just ten years old / I got it from some kitty next door / An’ I went to see the doctor and he gave me the cure / I think I got it some more / They give me cat scratch fever / Cat scratch fever

When I first met my cat Finn, she mauled me and I ended up going to the hospital. Rich and I were on our first together trip, a visit to a friend’s parents’ lake house, and on our way home, Rich decided we should stop by his old apartment so we could say hi to his former roommate and check on his cat, who’d been left in the roommate’s care. Not only was the roommate not there (his new roommate let us in), but Finn was clearly pregnant (read: not taken care of that well). A cat had followed us up the stairs to the apartment door, which was ajar. Finn had her paw in the door and was growling at the other cat, so, not wanting to close the door on a pregnant cat’s paw, I reached down to gently move her so I could close the door. Next thing I know, this enraged pregnant cat is hanging from my arm by her teeth and I’m bleeding. Despite that, I was worried more about her unborn kittens than my arm. It wasn’t until she let go and Rich and I could assess the damage that we saw she’d punctured through three fingernails in addition to leaving me with lots of bite and claw marks on both hands and arms. I managed to tell Rich “I think you should take me to a hospital,” and off we went. I ended up crying in the waiting room, not only because the shock had worn off, but because Princess Diana had died the night before and the news coverage on the TVs was upsetting me further.

My hands were bathed in iodine, the doctor kept asking, “A cat did this? A house cat did this?”, and I got a couple of lousy bandages and lots of scars. In December of that year, Rich picked up Finn and her last unadopted kitten, who we named Buster, and brought them to live with me. While Buster settled right in, Finn and I had some touch-and-go moments where when I’d pet her it triggered some sort of feline PTSD, which caused her to hiss and swat at me, triggering my own feline-attack PTSD. Clearly, we got past all that.

That was 17 years ago, and today Finn is celebrating her 18th birthday, the longest I’ve ever been privileged to have a furkid. Considering that in cat years she’s the age of Methuselah, she’s in pretty good health. Her biggest issues seem to be some arthritis in her hind legs, and loss of hearing — we’re pretty sure she’s lost most if not all of her hearing. But none of that keeps her from ruling over her dogs and son with an iron paw. She may be old and tiny, but she’s still quite the mighty cat. 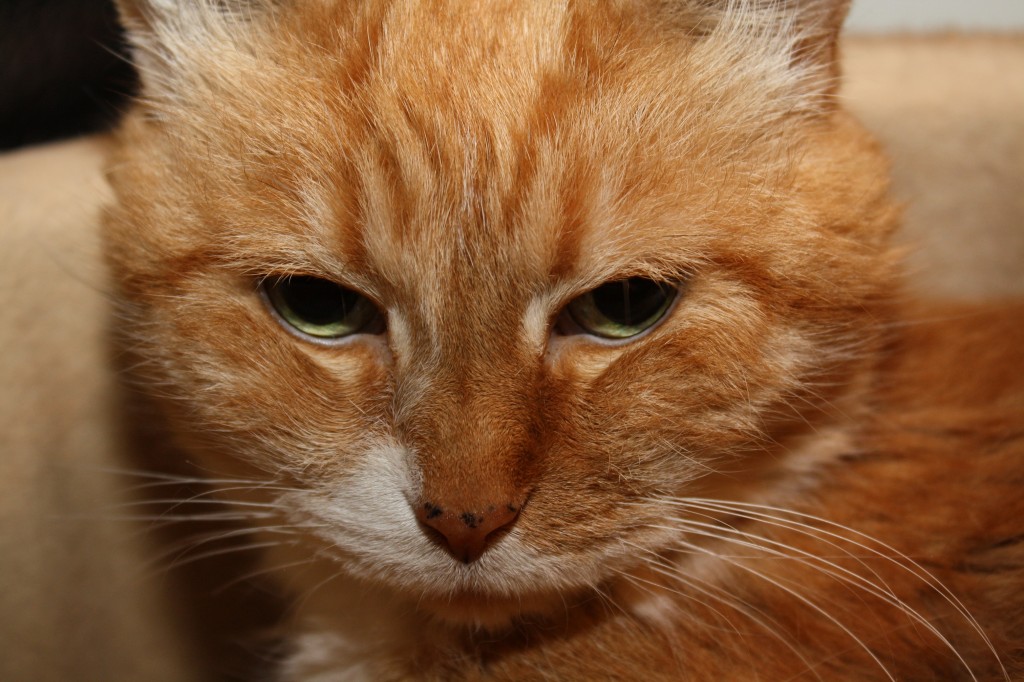 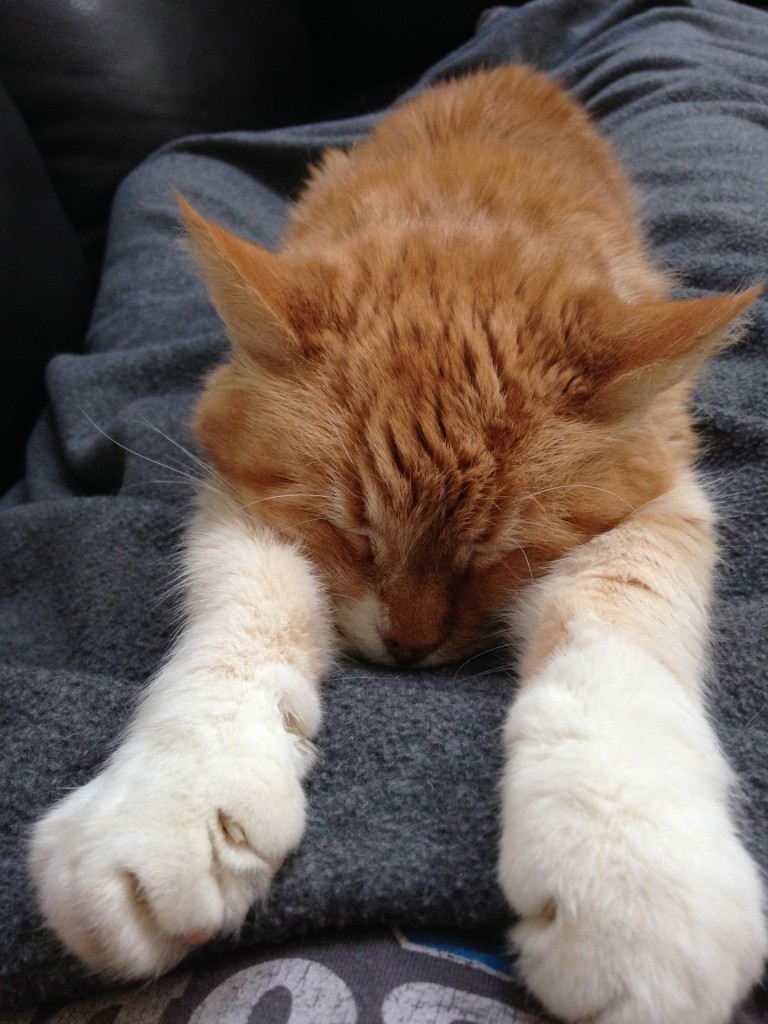 Finn passed out on me during one of our nightly couch sessions.

PS: We’ll be treating Finn to some tuna tonight in honor of her big milestone.

My Happy for the Day: Nurse Caleb Checks on His Patient

Caleb has fussed over Coraline more than usual since she’s been sick. Fortunately for him, she loves the attention.

Tagged as baby, coraline, my happy for the day, pet, video