The Numbers on the Scale

For the past few weeks I’ve gotten back into something of a fitness routine. I’m now on three weeks of only taking the stairs at work (my cube is on the third floor), I walk the track at work when I can despite the ridiculous heat these days, I’m wearing my pedometer again to track how many steps I take each day, and I’ve started using our home gym again. I’ve even worked up to running part of the time I’m on the treadmill, which I usually have set on 3.9MPH, a speed at which I can easily maintain my natural native New Yorker walking rate. We’ll see how I do when I increase the speed soon.

Coraline is curious about what constitutes exercise. She loves pointing out that those runners we passed, the soccer players we saw, the kids shooting hoops were all exercising. Rich and I have explained to her that exercise is a way to stay healthy: It gets your heart pumping harder, which is very important since our hearts need to be healthy to keep everything else working well. She has no concept of exercise as a means to weight loss, which is perfectly fine by me. The longer she only sees it as a means to being healthy, not skinny*, the happier I’ll be. I worry about her future body image, when other kids might pick on her for being what they perceive — what society dictates — to be overweight or even if she’s underweight, which I was growing up and into my young adulthood. Being asked by perfect strangers almost everywhere I went if I had an eating disorder (what I had was ridiculous metabolism) took its toll on my self-esteem and confidence. That I know from.

So it’s because of all the baggage that’s attached to exercise and eating healthy that I never let her see me weigh myself. Yes, I started working out again because I’d like to look and feel better. I want to shore up the wobbly bits. I want to increase my endurance, which the stairs and cardio are definitely helping with. I’m trying to make smarter choices about what I eat because without that, exercise alone won’t get me very far. Admittedly, that’s a struggle for me, but I’ve definitely been doing a lot better of late. And, most importantly, I want to be as proactive as I can regarding my health so I can see my daughter grow up.

I do attach some importance to the numbers I see on our scale. I am happy when I see that number inching down bit by bit, pound by pound. I don’t want to lose that much weight — between 5 and 7 lbs. — but I do want to lose it. When I weigh myself, it’s when I’m all by myself and Coraline isn’t there to see. Not because I’m ashamed or anything, but because I don’t want her to start attaching importance to the numbers she sees, certainly not at the tender age of 3 1/2. She just thinks the scale is this neat little thing to stand on in the hall bathroom. She has no idea what the numbers on it mean, even though I do. 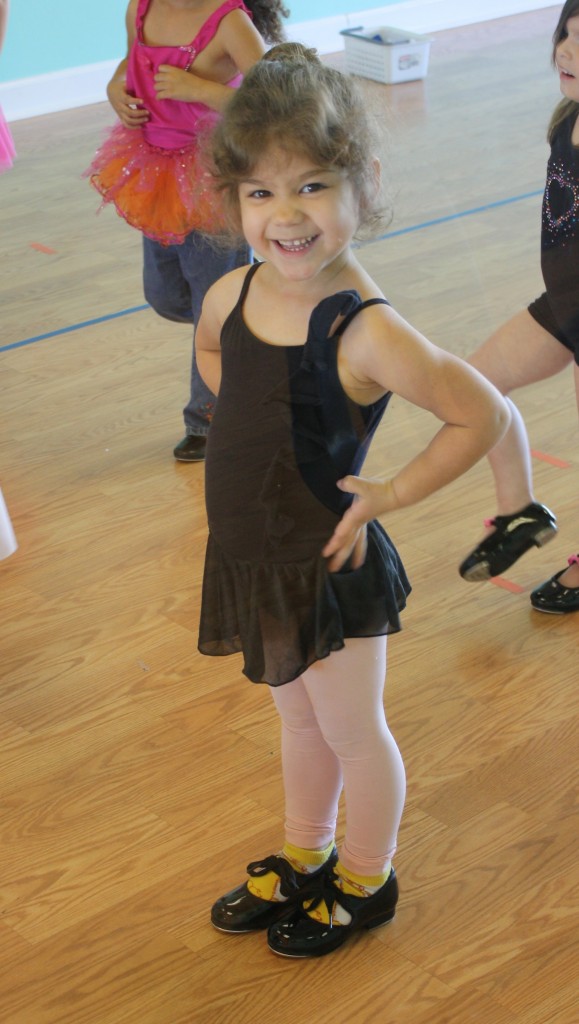 Coraline healthy and confident in her own skin.

*Rich and I never use the words “skinny” or “fat” to describe people. I’m pretty sure she still doesn’t know exactly what those words mean. 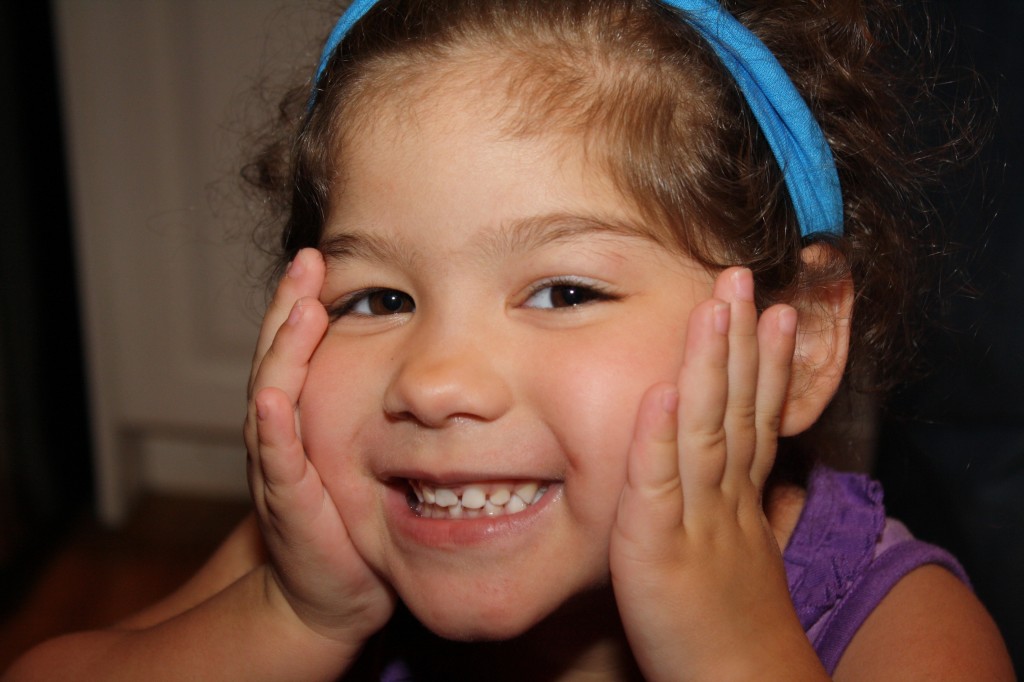