To be gone away awhile, tell me all the things that I / I’ll be missing here in this old life

Even though it’s two months and a day away, I’m excited beyond belief counting down to my

solo vacation in September. Where am I going? To Toronto! Specifically, to the Toronto International Film Festival.
Why a film festival, you may ask? Well, I’m a big movie buff; I wouldn’t call myself a film buff because I’m not that discriminating. I love movies, but I’m not snobby about it or elitist about which ones I’ll watch. (Remember, Clue is one of my all-time favorites, after all). I’ve met film buffs who were actually film snobs in that they turned their noses up at most of what modern movie studios have to offer. They were actually very judgmental about yokels who like stupid movies like, oh, let’s say Clue (ahem). They were genuinely off-putting with their attitudes. Needless to say, we never did get together to watch that experimental black-and-white, 8mm-processed film about the inner workings of an oversized clock in a German industrialist factory and the one-handed idiot savant who ends up uncovering a terrible government plot that threatened mankind’s very existence (cough). I watch movies for the same reason most of us do: to escape. What’s the point in being a snotty shit about what I watch? That’s what TV is for. (I’m looking at you, America’s Next Top Real Housewife Idol Dancing With Made-Over Chefs).

Going to a film festival is something I’ve thought and talked about doing for years. This year, the timing worked out in that no immediate family members are due to give birth, I have more than enough vacation days, and I can actually afford to go. And while I’m excited about getting to watch all these fresh, new, hopefully original movies, what I’m really looking forward to is meeting up with a friend I haven’t seen since college; this will be his and his best friend’s eighth year going, so his input has been invaluable in helping me plan. And, admittedly, the mere thought that I just might get lucky enough to see and, ideally, meet an actor or actress I admire is also something to look forward to. Who would I love to meet? George Clooney? Pass. Brad Pitt? Nah. Julia Roberts? Yawn. Now, Simon Pegg? Hell yes! My God, I’ve watched his movies (and most episodes of Spaced) often enough that I could act out pretty much any part in any scene. I love his writing (and acting) that much. The man is a comic genius. Genius!

And to address the elephant in the room, Rich is not going with me — this is a solo vacation. Why? Because as anyone who knows my boy is already keenly aware, Rich is not the watch-up-to-six-movies-a-day kind of guy on the best of days, and certainly not on a vacation. This is a man who won’t watch a movie a second time if his first viewing was less than a year ago. Now, take him on an all-the-art-museum-visits-you-can-cram-in-a-day vacation, and he’d be a happy boy. Besides, I need to know my puppy is happy with his daddy around the house. Because he’ll be on suicide watch without me around for eight straight days (Troubadour’s just a *wee* bit attached to his mommy. Just a tad.).

Now if only I knew a Toronto-based blogger with whom I could meet up for a drink. In between movies, of course. 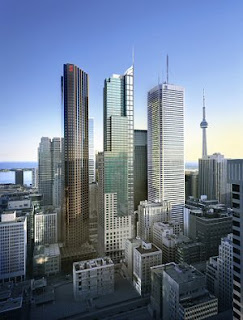 Image courtesy of Viole Music via a Google search.

Tagged as gone away, safetysuit

If I Were a Casting Agent: Simon Baker & Dominic West

If I Were a Casting Agent is a new feature I’ve been thinking about for a while now: “Casting” fictional movies based on resemblances I’ve noticed between certain actors and actresses. I hope to make it a semi-regular feature (I’ve got several pairs queued up) and can only hope other people see the resemblances I see.

An emotionally closed-off military veteran (Simon Baker, The Mentalist) musters the courage to return home after his estranged father’s death. He finds his childhood sweetheart newly widowed, reawakening old feelings for them both. He also discovers that his ne’er-do-well younger brother (Dominic West, The Wire) has run the family vineyard into the ground.

Can he turn his life around and hold on to true love while preserving his family’s legacy? Find out this fall in Trust Me, My Token Love.

*Resemblance first noticed while watching 300. Thanks to Rich for suggesting the title and validating me by noticing a bit of a resemblance himself.

Tagged as dominic west, dream casting, if i were a casting agent, simon baker, the mentalist, the wire

8:09AM.
I’ve been on a big movie kick lately (like you hadn’t noticed), so while watching Nothing But Trailers (one of the many reasons I love HDNet) the other day, I was happy to see that there are some pretty interesting movies coming out soon. The ones I’m most looking forward to:

Closing Escrow appears to be a Christopher Guest-esque take on the world of real estate. It’s going to have a limited theatrical release, but HDNet viewers can watch it on August 22.

Stardust will kick off my primer on the brilliance that is Neil Gaiman (Rich and Cynthia swear by him). It’s an amazing-looking fantasy movie seemingly starring half of Hollywood (Robert De Niro, Michelle Pfeiffer, Claire Danes, and Sienna Miller to name a few). That reminds me — I need to read American Gods.

The Jane Austen Book Club looks like a high-IQ chick flick — the Mensa equivalent, if you will. At least it’s a chick flick where we know for a fact the characters are all at least literate. And the cast is pretty impressive, too: Maria Bello, Kathy Baker, Emily Blunt, and Amy Brenneman to name a few.

Shoot ‘Em Up looks like a cool, over-the-top action movie. Paul Giamatti as a frustrated hitman? And Clive Owen as a total badass trying to save the beautiful damsel in distress? I am so there.

Song Lyric of the Day:Feeling unknown / And you’re all alone / Flesh and bone / By the telephone / Lift up the Receiver / I’ll make you a believer

I‘m feeling a bit melancholy today. Feeling trapped in my job, like I’m never going to have a job again where I feel fulfilled, accomplished, and just plain happy. Not to sound like a broken record, but I know it’s possible since I had a great job for almost a year before having to transfer offices. Sure, it wasn’t one of my ideal dream jobs, say, like being a “news” (read: infotainment) reporter for E! or a writer for TV Guide Online‘s Watercooler column. I mean, get paid to watch TV and write about what I watched? Hello! TV Guide, call me! That said, I spent the weekend basically just catching up on sleep after getting home from my trip, so I’m finally starting to feel like I’m caught up on sleep.I’m trying to get motivated to watch some movies we rented through Netflix that I’ve left sitting on top of the DVD player for a couple of weeks now (sorry, honey). I think what’s been keeping me from watching them is that they are dramas, which is about all we’ve rented through Netflix. Not that there’s anything wrong with that. But the last one I watched, “21 Grams,” was a doozy. Definitely not a happy, feel-good movie. Although, I have to say, Naomi Watts is fast becoming an acting hero of mine. The woman is completely fearless and so able to become the character she’s playing that I find myself getting lost in her performances. That Oscar nomination for “21 Grams” was totally deserved. But now I need some comedy. I need to get these movies, including “Miller’s Crossing,” watched and sent back because “Starsky & Hutch” and “Dodgeball” are queued up next on our list. I’m especially looking forward to seeing “Dodgeball,” as I’ve heard how funny it is from several friends now. The commercial alone cracked me up, in particular the scenes of Justin Long getting bombarded with ball after ball. I wonder if ESPN2‘s viewership has increased for dodgeball tournaments. If they even broadcast that. Probably not.

I’ve also been cranky since reading yesterday that Tom Hanks is probably going to play Robert Langdon in the movie adaptation of The Davinci Code. Tom Hanks? I love him as an actor, I really do, but he is not Robert Langdon. Why not someone like David Duchovny? Or Cary Elwes? Or Dominic West? Those three actors better fit the book’s description, and my mental image, of course, of what the character is like. I think it’s a shame that director Ron Howard and his producing partner, Brian Grazer, feel like they need a big name to sell this movie to the public. The book has been on the hardcover bestseller lists for almost 90 weeks now. The story can sell itself without a big name attached. Ah, if only I were in charge of casting.

I wanna stand up, I wanna let go / You know, you know – no you don’t, you don’t / I wanna shine on in the hearts of men / I want a meaning from the back of my broken hand

The Killers / “All These Things That I’ve Done”

Some random thoughts on movies.

Filed under about me, movies, personal, pop culture