Tag Archives: house where nobody lives

Oh, and once it held laughter / Once it held dreams … If there’s love in a house, it’s a palace for sure / But without love it ain’t nothin’ but a house

Tom Waits / “House Where Nobody Lives“

If you’ve read here at all the last few years or you know me personally, then you know we moved out of our A-frame when I was pregnant with Coraline — about eight years and five months ago, to be precise. You also know we were not able to find buyers for it, so we ended up renting it out. Over and over and over. In between tenants we would try to sell the house. Of the five real estate agents we had in six years, only one got us to a contract, which the buyer then backed out of at the last minute. Turns out the sixth time — specifically the sixth real estate agent* in 8+ years — was the charm as WE FINALLY SOLD THE A-FRAME.

To say Rich and I were on pins and needles as we approached the late-August closing is an understatement. We didn’t tell anyone — at least I didn’t — because we were afraid to jinx things when it was looking so promising (if you know me, you also know I can be irrationally superstitious). A young couple with two little girls who call the A-frame “the treehouse” are now the new owners, and we couldn’t be happier. The house was bought by people who truly love it. There won’t be any more renters causing destruction and chaos and stress in our lives. (Not all our renters were bad — the first were great, in fact — but it turns out there are things professional background checks just cannot tell you.) There’s now a new family to love the house and make it their own, which made finally selling the house a genuinely happy occasion for all of us.

Now that the A-frame is sold, we are looking forward to investing in the house we live in, now our ONLY house, which is more of an adjustment than I’d expected. Turns out it’s a hard habit to break, saying the street name of your house so you know which one you’re talking about. Now when we start a list of house projects that need to be taken care of, it can simply be titled House Projects. It’s a good feeling.

Rich and I are looking forward to taking care of things that our house needs taken care of — like new eaves and gutters, a drainage issue in the backyard, and chimney repairs, to name a few — that we had to put off while all our attention (and money) was focused on the A-frame. I can’t quite put into words what it means to finally be able to start truly making our house a home, but I look forward to trying. 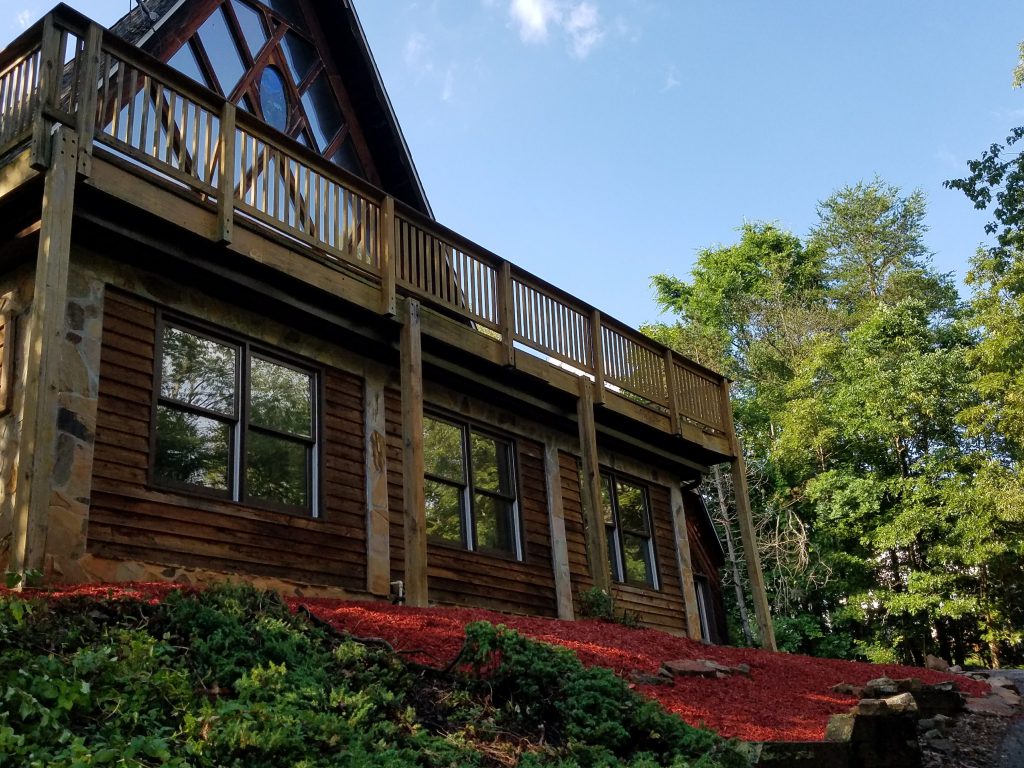 Farewell to a beloved home

*Again, a MILLION thanks to Brandon Hutchison of Hutch & Howard with Keller-Williams here in Knoxville. Brandon and his partner Rob Howard and their right-hand woman Carrie Mays pulled off what, after so many years, truly felt impossible.