Pumping As a Hobby

Technotronic / “Pump Up the Jam“

With Sebastian I succeeded where I did not with Coraline: breastfeeding. As such, I then had to pump A LOT to keep up with a growing baby. Pumping became my hobby. I was pumping six times a day: wake up, midmorning, midafternoon, when I got home from work, late at night, then overnight. It was all I could do to pump as many ounces as I needed to fill the bottles to send with the baby to my mom’s house. My mom basically turned into the Pablo Escobar of breast milk, giving me a hard time if ever I missed quota. She’d text me during the workday: Sebastian is happy his bottles are each an ounce short. NOT. As you can imagine, my mom was not amused with my new nickname for her.

Having to pump so often I was basically tethered to my breast pump, which I got for free, thankyouverymuch, Affordable Care Act. I set up my preferred home pumping spot in the living room. Why not be comfy on the couch? That location gave me tons of quality time with my cat, Buster, as well as with the weirdness that is overnight television programming. Much to the spouse’s dismay, I got back into murder p0rn — shows like Forensics Files (still a classic), Snapped (SO. MUCH. SNAPPED.), 48 Hours on ID, Dateline, Dateline: Secrets Uncovered, It Takes a Killer. Basically, if it had a murder and re-enactments, I was there.

My overnight viewings weren’t all doom and gloom, though. I also got hooked on Psych reruns on Ion (even though they apparently skip airing entire seasons for some reason). Given that I would finish pumping before the episode would end, I started DVRing them so I could get closure and watch the rest of it when I got home from work. Which led to Coraline watching with me since, as far as “adult” TV shows I watch go, Psych is really tame. So I now have a tiny Psych-O who is watching every episode in order with me on Amazon Prime.

Pumping at work wasn’t nearly as fun since it was cat-free, but at least I could be productive thanks to this hands-free pumping bustier I bought. I also had guaranteed privacy in the comfy mother’s room the office has. I will say I should have bought that bustier long before I did, but I got quite good — and fast — typing with one hand in the meantime.

The last time I pumped was in late January. I can’t say I miss it. I still make sure to get lots of quality time in with Buster, who is now 20 years old. And I of course enjoy my Psych sessions with Coraline. The extra free time is now spent chasing a very active 15-month-old and getting as much uninterrupted sleep overnight as possible. That last one is easier said than done. 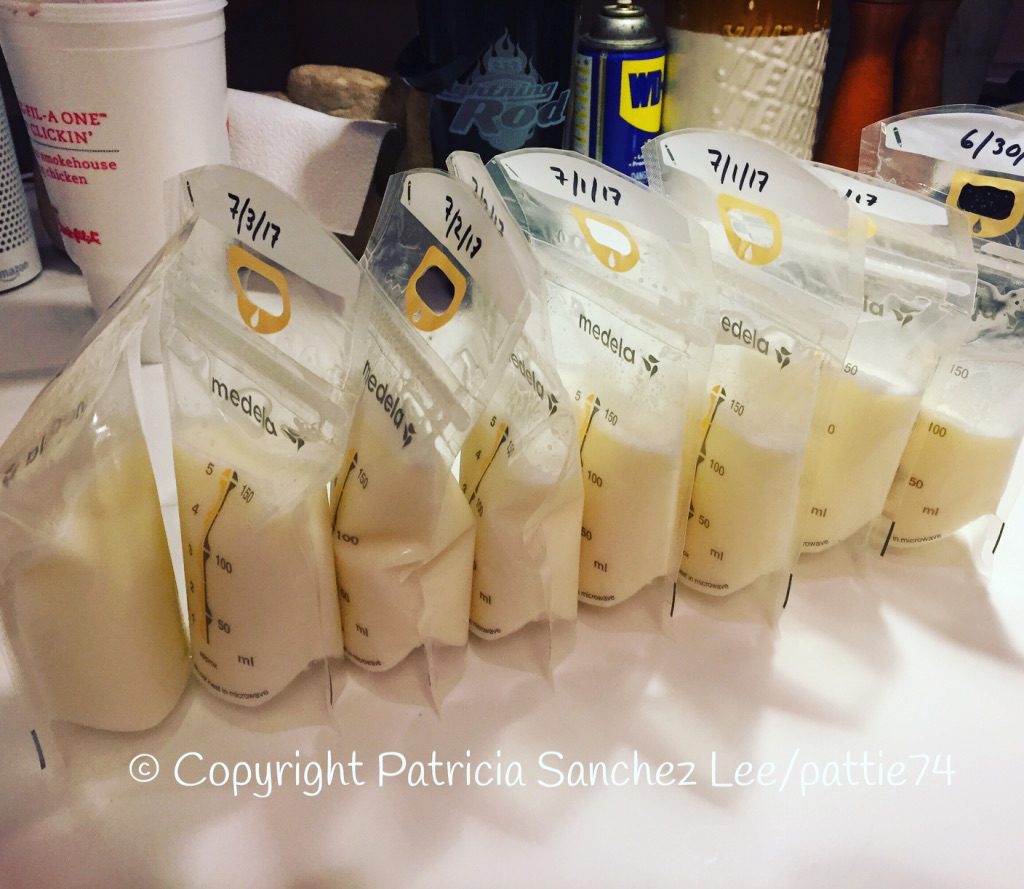