Better Together With Time Apart

To realize the hand of life is reaching out / To rid me of my pride, I call allegiance to myself

No, this is not a post announcing a separation. Lately, though, Rich and I have been working to give each other solo time. For years now, I’ve complained that even though he’s promised I’d get alone/quiet time to write and do non-household-related things, it’s almost never happened for one reason or another, whether through my own fault or his. So to shut me up and make me happy, he recently said we needed to make a point to prioritize solo time and finally make it happen.

For the last several weekends, I’ve grabbed my laptop and a book and headed out for a solo lunch, followed by writing time. So far I’ve only gone to local Paneras, which is where I wrote this post. That way I can kill two birds with one stone: I can eat lunch while I read a bit, then enjoy using their free Wi-Fi to help me do book research and update my blog. Also, I’m not a coffee drinker, so I’m not sure I’ll ever head to a local cafe to write unless it has a decent lunch menu. (If any locals are reading this, I’d love to get recommendations on local haunts with free Wi-Fi.) Eventually I’ll go somewhere different for a change of pace. I might hit Lawson McGhee Library downtown as it’s the only library branch open on Sundays, which is usually the day I get to pop out for solo time as we’re typically running errands and doing house projects on Saturdays.

I recently found this list on The Write Life of places to write outside the home, and it has some great ideas. For instance, I never would have thought to hit a museum to get some writing done. I like the public park idea, but given that the weather here is all over the place lately, that’s probably not in the cards for me — I really don’t need to catch a cold right now. I love the idea of a coworking space, but (1) it could be cost-prohibitive and (2) I haven’t heard anything through the grapevine about the ones that exist here in Knoxville. Again, maybe a local can share what they know about these spaces.

As for places in/around the house to work, that’s where things get tricky. Sebastian is an avowed mama’s boy, and trying to shake that kid off my trail is not easy. Our house is a good size, but have you ever tried to hide from a toddler? They’re basically smaller, more committed, more relentless bloodhounds. They won’t rest until they’ve hunted you down. I could simply close the door to my home office, but Sebastian — who has freakish strength for an almost-2-year-old — would just bang on the door until he either knocked it off the hinges or I cracked and let him in. You remember how the leper pirates knocked on doors in The Fog? That’s pretty much Sebastian’s knocking style.

I could turn on the heat lamp on chilly days and hang out on our screened-in porch as long as the curtains stay closed. Or I could hole up in the guest room downstairs; I’m pretty sure Sebastian wouldn’t think to look for me there. Then again, the dogs might give me away, too: “She’s in there, kid. Now get us a treat as a thank you.”

I’m really enjoying my new solo time, and have to thank Rich again — in writing — for making sure I get it. (In case you were curious, his solo time is usually gaming nights with buddies.) You know those couples who have no problem working together, living together, and spending all their free time together? Those couple who seem to never argue or get on each others’ nerves? Yeah. That’s not us. Rich is my best friend, but that doesn’t mean I need or want to spend 24/7 with him, and I know he feels the same way. We both think some alone time is healthy for our relationship. It’s also critical for our sanity. Time apart is making us better together since we’re now both getting dedicated time to decompress and just do what WE want to do, even if for a few hours a week.

Tagged as half alive, solo time, still feel, the fog

Finding My Me Time

Earlimart / “Time for Yourself“

I’ve read parenting blogs for several years now, even before I became a mom. As such, I have read a lot of posts where parents (usually fellow moms) complain that they can’t find or get any me time. Which I think is total crap. As parents we spend a lot — hell, the majority — of our time with or on our kids to raise them right, spend quality time with them, help with their homework, make sure they are fed and clothed, that they get to bed on time. That’s a lot what being a parent is about, and something for which I, and lot of others, willingly signed up. That parenting takes time should be no surprise because we are raising small human beings. But we still need to find even five minutes a day to spend on ourselves. Our sanity requires it.

I work outside the home, and as Coraline has gotten older and more self-reliant, my typical day has changed quite a bit. I usually take my me time during the workday. I always have a book in my car, so come lunchtime, most days I hop in, drive to a restaurant, and enjoy a silent solo hour of reading while I eat. It’s wonderful me time. An added bonus is that the servers at my usual haunts know me, so I get great quiet service. On the days I either grab lunch with friends or simply can’t get away, I still make sure I take my book and find a quiet corner somewhere in our office building and take a short reading break. Failing that, I wait until Coraline is tucked in for the night then kick back with Buster and watch a little bit of TV after checking in/hanging out with the spouse.

I think parents also need to let go of unrealistic expectations for what qualifies as me/kid-free time. It doesn’t need to be a spa day or an overnight hotel stay away from the family. Hell, when Rich takes Coraline so I can go to the supermarket/Target/PetSmart by myself, it’s like a vacation. A vacation I make the most of because it’s time for and by myself. Even if it is technically running errands.

I’m lucky that Rich is (1) around and (2) a hands-on father. That makes it a bit easier to grab quality solo time on both our parts, because we can leave Coraline with the other parent, and we work at coordinating that so we can each get away now and then. Sometimes we even manage to get away together. Coraline is remarkably self-sufficient now, so we just leave a big bowl of water out and baggies of fruit snacks around the house for her while we’re out.*

I would love to know how — and even if — single parents and stay-at-home parents find/make me time for themselves. Because I really do think it’s important for our — and our kids’ — well-being that moms and dads get that little bit of time to decompress or just do whatever the hell they want for a little while. Even if it’s something as simple as not watching kids’ TV. Because surely I’m not the only parent who gets sick of watching certain kids’ shows or family movies on repeat, right? Right?!?

I can say with certainty that if I were a stay-at-home mom, I’d be running for the hills as soon as Rich got home from work. For at least five minutes, anyway. 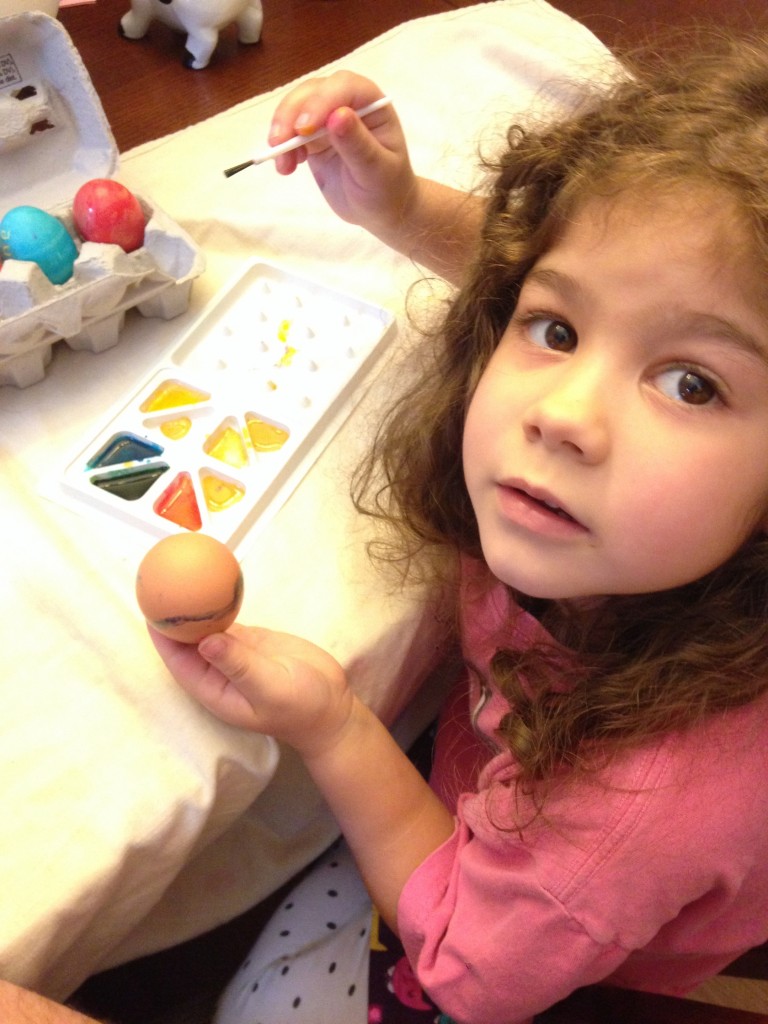 “Wait, you left me fruit snacks where exactly?”

*I am of course kidding. Don’t call CPS. She is watched by family members during those times. Who provide her with a big bowl of water and baggies of fruit snacks.

Tagged as earlimart, me time, solo time, time for yourself