Tag Archives: things can only get better

Treating today as though it was / The last, the final show / Get to sixty and feel no regret / It may take a little time / A lonely path, an uphill climb / Success or failure will not alter it / And do you feel scared, I do / And I won’t stop and falter

Howard Jones / “Things Can Only Get Better“

For a while now — too long, it seems — I’ve been praying for things to get better for people I care about. These are good, hardworking people who have been dealing with the kind of life stressors you wouldn’t wish on your worst enemy, and it’s been hard seeing them go through these things. Not for one second did I take it for granted that things in my life were plugging along well enough in comparison, when the bottom fell out a few weeks ago. Rich and I were hit with some unexpected/unforeseen expenses, which are never fun or easy to deal with. You know how people say money doesn’t solve everything? Those people are (1) likely wealthy and (2) full of shit because having more money would help me, my friends, and my family a lot. But the worst news has been that our dog Caleb, who has been our baby since we adopted him at 13 weeks, has a tumor growing on the end of his spleen; the only saving grace is that the doctor is pretty sure it’s *not* cancerous. Caleb will very likely be getting a splenectomy in a few weeks, and will also have to have his arthritic leg operated on since he also has torn ligaments. He’s looking at between 8 and 14 weeks of recovery time per surgery, and Rich and I are looking at lots of expenses and the challenge of keeping a very active, social 11 1/2-year-old pit calm and stationary. Which means his brother Troubadour will probably be bunking at Hotel Grandparents for a few weeks because keeping those two physically separated is the only way to guarantee they won’t play and roughhouse during Caleb’s recovery. 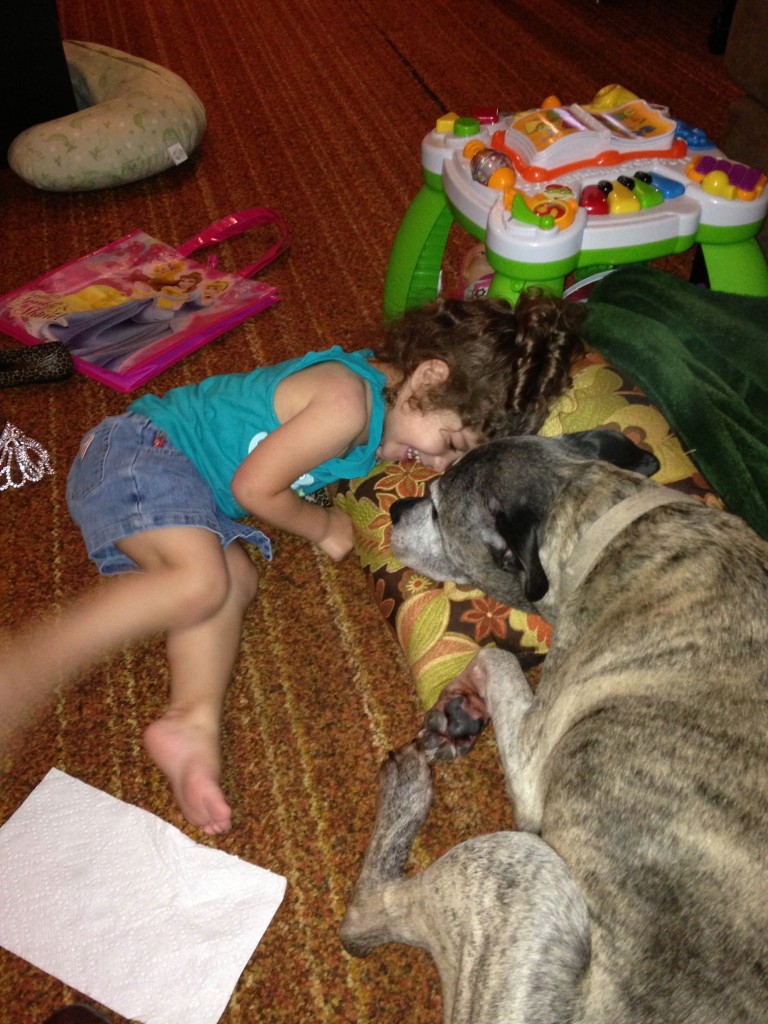 Aside from being my and Rich’s baby, Caleb is also Coraline’s nana dog, always keeping a close eye on her. 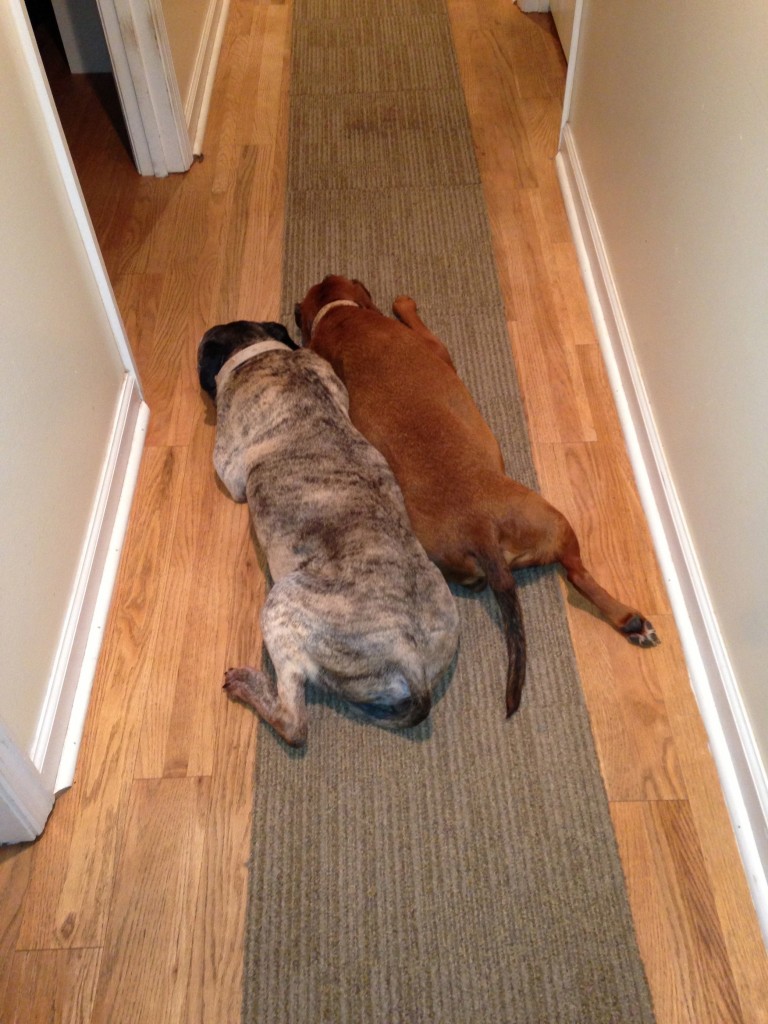 Caleb and Troubadour don’t even like to sleep apart, no matter where in the house that may be.

Did I mention the bees? In addition to the expected annual nuisance (yay, springtime!) of carpenter bees, a colony of honey bees has decided to take up residence in our home. As in the wall of our screened-in porch. They haven’t gotten into the porch, but we’ve been avoiding hanging out there since we don’t want to chance being in there if they get through the interior wall. We’re still trying to get a beekeeper a coworker recommended to come out and get them. Because honey bees are endangered and all that. At this moment in time, they are in danger of me, because if a beekeeper doesn’t get out here and remove them soon, I’ll be loading up with those cans of bee and hornet spray that shoot up to 30 feet. I want those honey-making stinged bastards out of my house NOW. 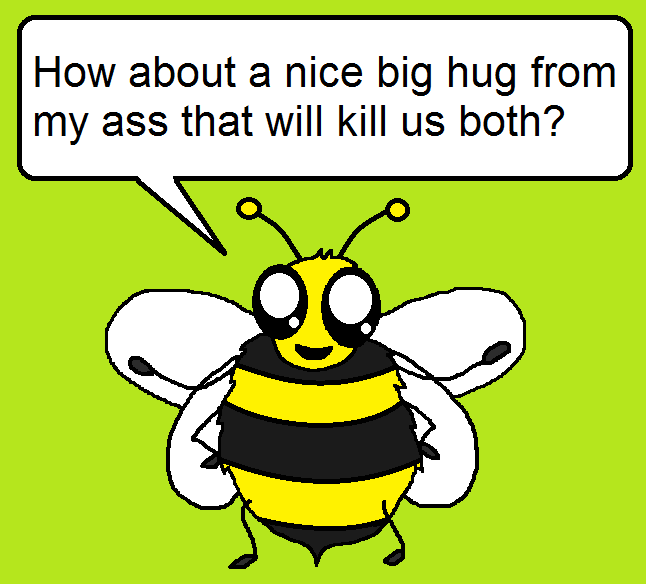 Bish, I’m in your walls! Bwahahahaha!
Image courtesy of A Beer for the Shower (via a Google search): http://www.abeerfortheshower.com/2013/06/the-wasp-natures-rapist.html

I sound like I’m insane, I know. But we have enough problems to deal with and the bees have kind of been the last straw/slap in the face/sting in the ass. Did I mention they’ve also created a deathly fear of any insect or bug in Coraline? I’m pretty sure it was a gnat that flew in front of her the other day that made her scream like the Easter Bunny, Chuck E. Cheese, and the boogeyman had ganged up on her. Fun times.

Still … things could be worse. Things could be worse. I know that. I am keenly aware of that. If you’ve got any spare prayers, positive thoughts, and healing vibes, please send them out to my friends and family in need of good things coming their way. And if you have any left, please send them my way so I don’t end up on PETA’s most wanted list for killing honey bees. Among other things.

Tagged as howard jones, life stressors, stress, things can only get better