An Open Letter to The CW

We’ve been friendly acquaintances for a few years now, right? I say 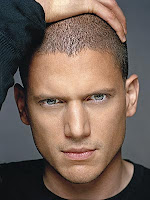 friendly acquaintances instead of full-on friends simply because, officially, you’ve only been around for a couple of years. Now, I’m friends with ABC, good friends with CBS (despite our disagreements), and best friends with Fox. I’m closest with Fox because, at 18 years old, The Simpsons have been with me for over half my life at this point. Impressive, I know. They’ve outlasted actual, real, 3-D, human friends. And, of course, Fox selflessly decided to introduce and share with the world the pretty that is Wentworth Miller. How could we not be BFFs after that?

But I digress. Since you arrived on the scene a couple of years ago, you’ve become something precious and endearing to me. I feel about you the way I imagine I’d feel toward a homeless Oompa Loompa — protective of its uniqueness and naivete, hoping and rooting for something better, something more to improve its lot in life. You know — work with what you’ve got. So it is with the most sincere affection that I humbly implore you: Please, please, please don’t fuck up Supernatural. 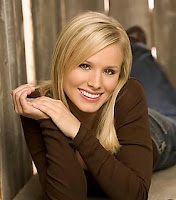 Admittedly, our relationship has been strained of late. You only had one of the few truly empowering, positive female role model characters of the last few years in the titular heroine of Veronica Mars. Kristen Bell really is just too cute for words, isn’t she? I mean, look at her — adorable! So what did you do with our much-beloved, clever, smart little miss Veronica? You threw her over for those haggish, talentless, often-mistaken-for-real-
live-emergency-floatation-devices The Pussycat Dolls. And then you didn’t have the balls to even admit you’d cancelled the show. (I’m talking to you, Dawn Ostroff!) Seeing commercials for repeats touting it as one of the best shows on TV just makes it all better, though. I get a delicious, warm and fuzzy feeling in my heart. And then the still-white-hot rage shoves that feeling aside and flames shoot out my ass. I won’t even go into what Gilmore Girls fans are also no doubt still feeling over that show’s cancellation. They’ll show up with their pitchforks soon enough.

But back to my beloved Winchester boys, Sam (Jared Padalecki) and Dean (Jensen Ackles). I’ve watched Supernatural since day

one. I’ve loved its X Files vibe, the way a particular story could be scary, eerie, funny, and unexpectedly moving all at the same time. I’ve loved the boys’ devotion to their father, John, who really did have the best of intentions, despite how Sam and Dean’s upbringing deprived them of so much. I’ve loved all the ups and downs in Sam and Dean’s relationship, with both brothers struggling in their interchanging roles as protector, follower, hunter. Hell, I even love Dean’s relationship with his Impala (the third, uncredited main character). But most of all I’ve loved the fact that the boys don’t have any romantic entanglements. Why? Because the very nature of what they do entails that they are always on the move, never settling down.

Which is why I am alarmed at the news that two new series regulars have been cast — two new female series regulars. As any fan of Supernatural knows, these boys should only be having casual sex and one-night stands, no serious relationships (at least not until the end of the series). End of story.

Recurring characters, I could deal with. I’d actually grown pretty fond of Jo, despite the obviously fated romance with Dean never crystallized. But series regulars? Are these girls — fellow demon hunters (cough) — going to be riding around in the Impala or what? They’ll just happen to turn up in the same exact spot in the country, at the same exact time, fighting the same exact demon/monster/spirit as Sam and Dean? They’ll turn into groupies and stalkers, following them from slaying to exorcism, to hell — literally — and back? Hell, any female fan can play that part. With all due respect, what the hell are you guys thinking? Just when the show truly, finally hit its stride in season two, and you go and set season three up like this?

Don’t get me wrong — I’ll still tune in to season three, fingers crossed but with hackles up. I’ll watch the season premiere and hope it maintains the creative quality of seasons one and two. Long story short, I’ll do my best to trust the writers and showrunners. And hope they send the chippies off to Canada in due time. I mean, surely the U.S. isn’t the only country in need of demon hunters, right?

I’m really hoping that the newest rumors (scroll down to “Procreative”) that Dean may have an 8-year-old son are false. Have you not been paying attention? Kids are never a good addition to a TV show (see: Moonlighting, Murphy Brown, every hell-spawned offspring on Desperate Housewives). There’s a reason babies on soap operas celebrate their 16th birthdays an average of four weeks after their much-hyped births. If this rumor turns out to be true, I don’t know what I’ll do. I enjoy watching Supernatural, not Two and a Half Demon Hunters.

At least you’ll always have my gratitude for having introduced me to my newest Fantasy Second Husband©, Jensen Ackles. (Jensen, Wentworth, Wentworth, Jensen.) That reminds me — my awesome, real husband may want to have a word with you, as well.

4 Responses to An Open Letter to The CW