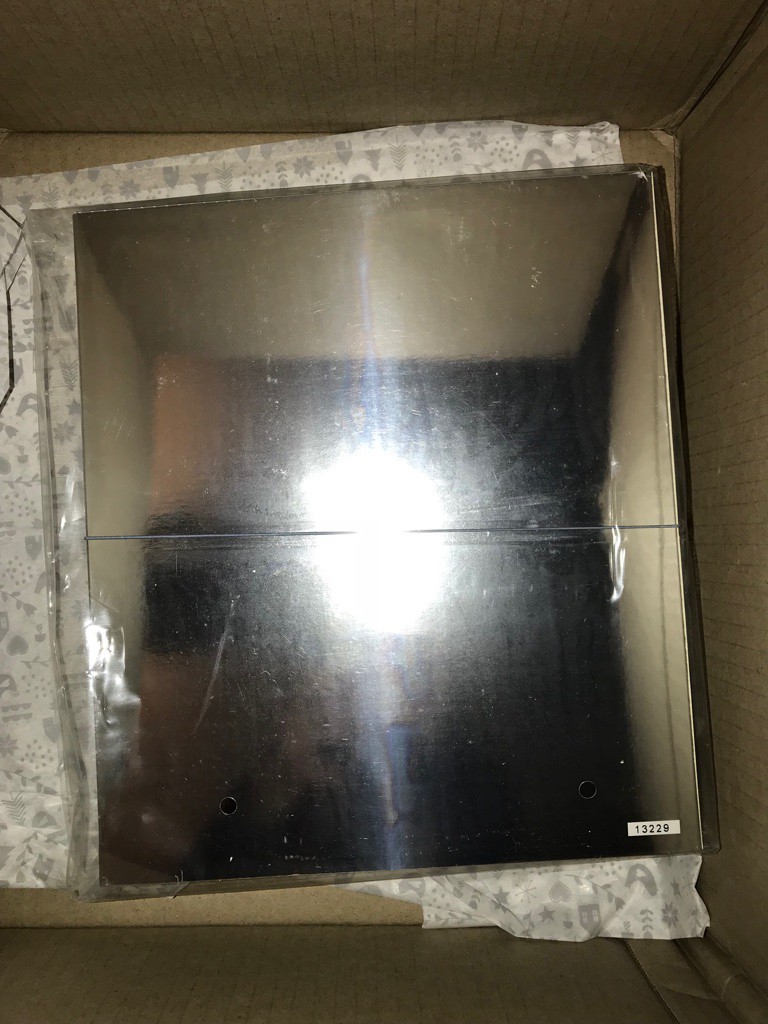 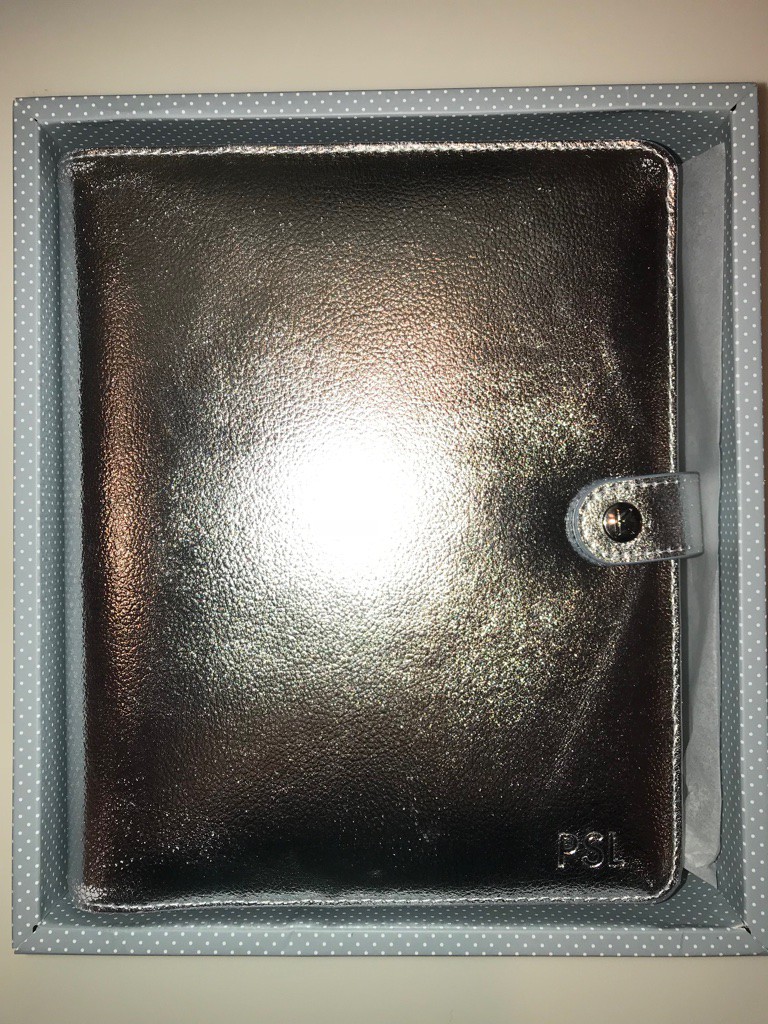 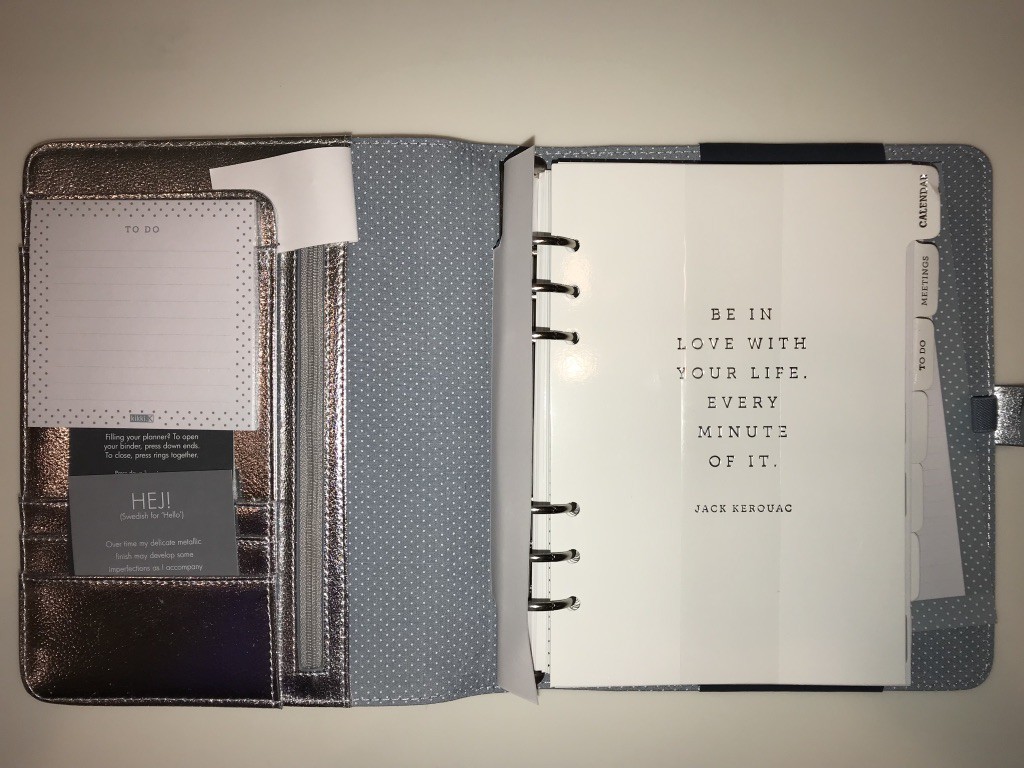 I threw your shit into a bag and pushed it down the stairs / I crashed my car into the bridge / I don’t care, I love it / I don’t care

I used to be super organized, like Monica Geller organized. I sorted mail as soon as I got it. I could see the top of my desk. Everything was neat, orderly, and in its place. Then I got older. I got busier. And now I’m mom to an energetic toddler (like there’s any other kind, right?) whose hobbies including following me everywhere. I even have a secret closet of shame (my home office closet), just like Monica. So in order to not go insane when the house gets too cluttered and disorganized, I’ve started tackling little zones one at a time. That way I can restore order and get organized without getting overwhelmed. I can also still keep an eye on Coraline (assuming Rich isn’t around or she just wants to “help” me) since I’m working on a small area. And since I’m tackling small areas, it doesn’t take a lot of time to get each spot tidied up. Over the last few months, I’ve organized some former wastelands of kitchen cabinets, the dining room buffet and china cabinet, and bookcases, among other areas. I can even see the top of my desk again! Which is nothing short of a miracle, believe me.

One of my more recent zone organization projects was this disaster of an open-front kitchen cabinet: 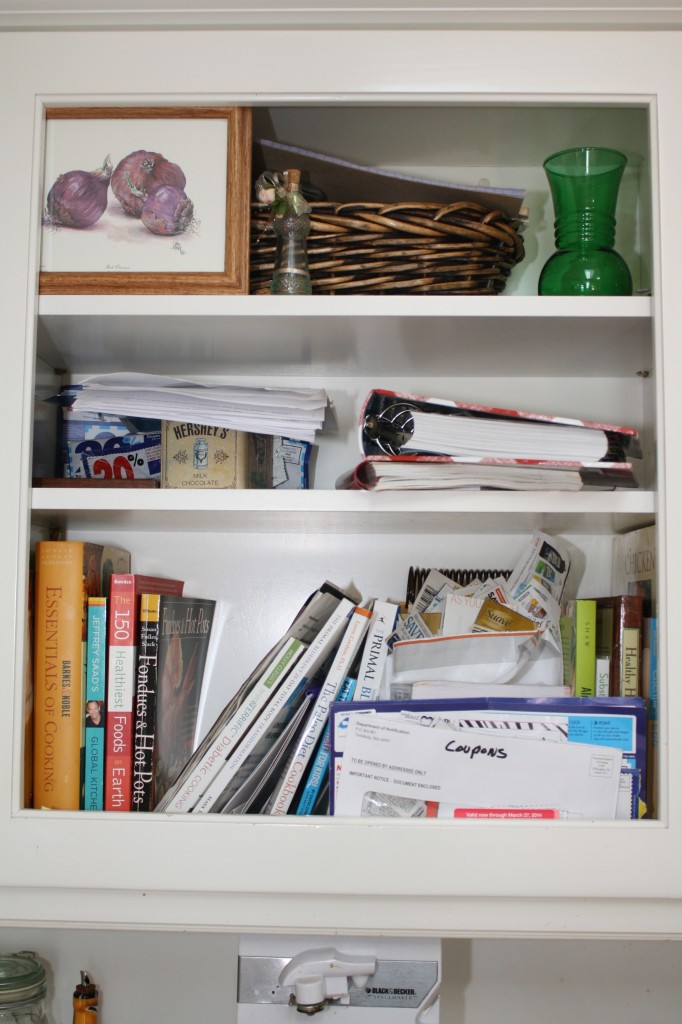 We did not use this space well at all.

The counter area directly underneath was also not much better. 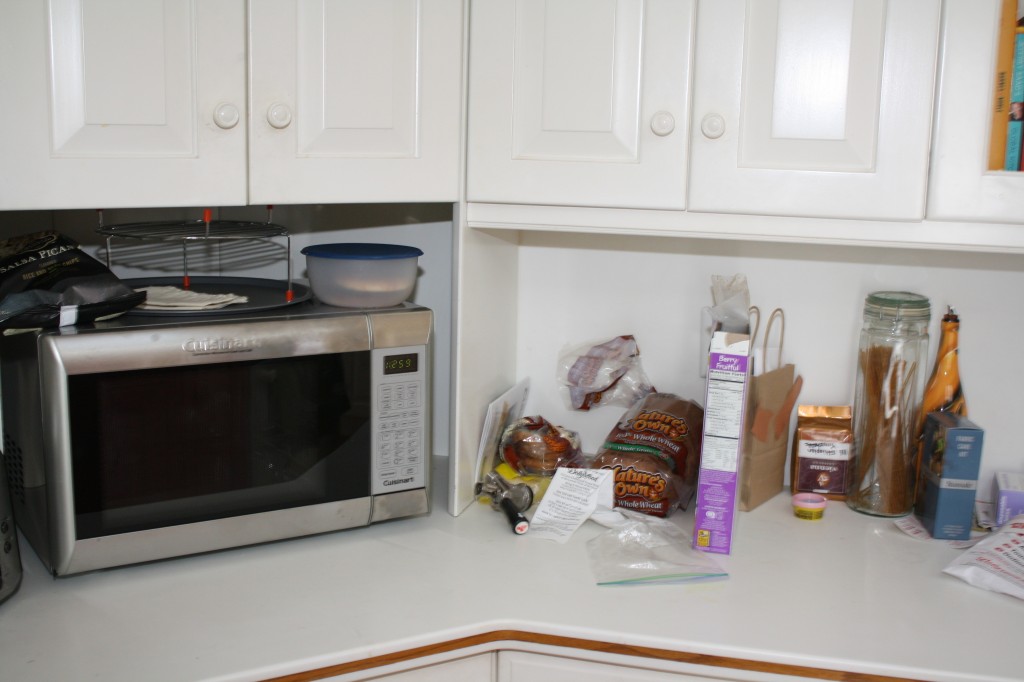 See how the bread is shoved to the back wall? If it’s not, our dog Troubadour will eat that whole loaf.

I actually kind of liked the corner on the other end of the counter where our collection of Food Network Magazines lived. But then one day it all escaped being soaked by water by oh, a centimeter or so because the file boxes were directly next to the kitchen sink. They had to be moved after that. 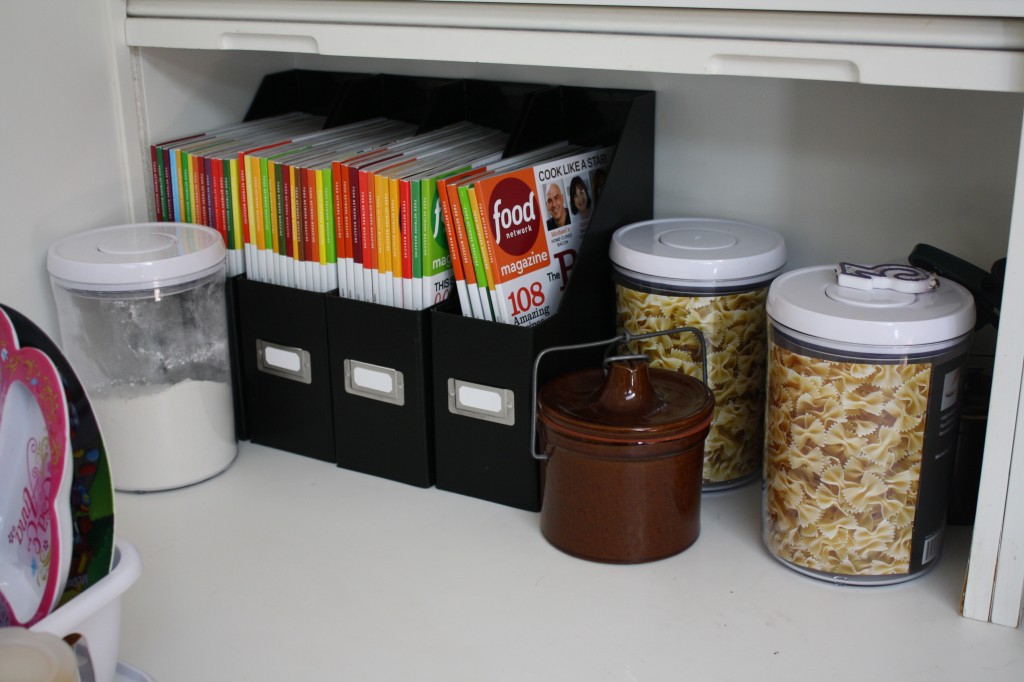 The magazine collection lived in one of our appliance garages.

One night after we put Coraline to bed, I got motivated to finally tackle these trouble spots because they were not only eyesores, they weren’t terribly practical or making the best use of the space available.

I removed a shelf from the open-front cabinet to make room for the rest of our cookbooks, several or which were stored in a cabinet (which I also later organized). 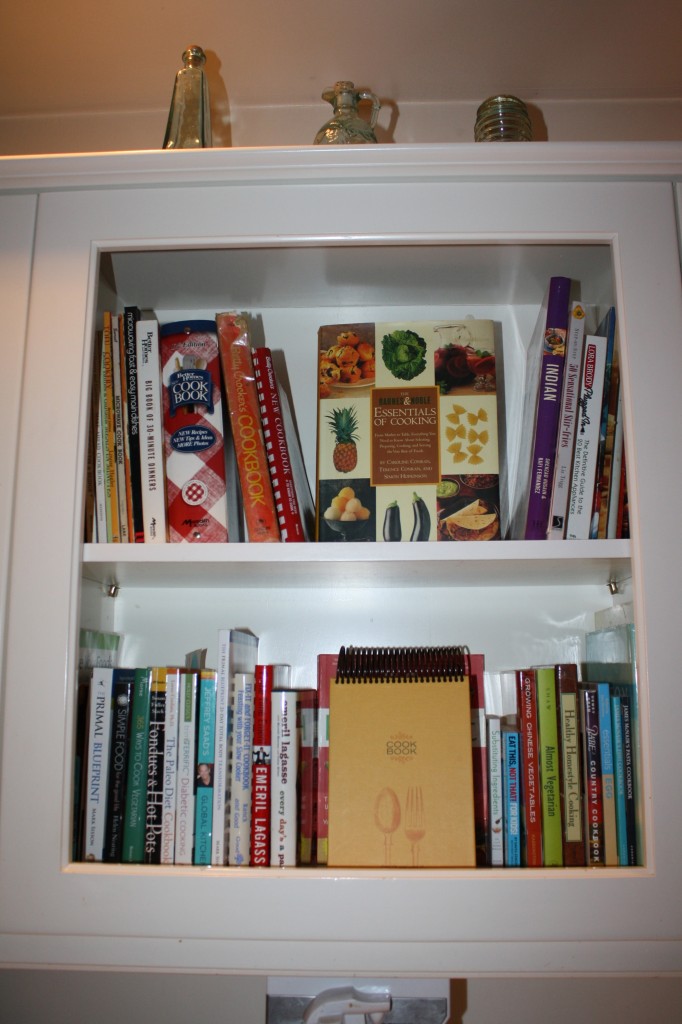 I then moved our magazine collection to underneath the cookbooks, where they wouldn’t be in any danger of getting soaked by water. I also finally tackled the pile of clutter (mostly my doing, I admit) that was growing by the day. 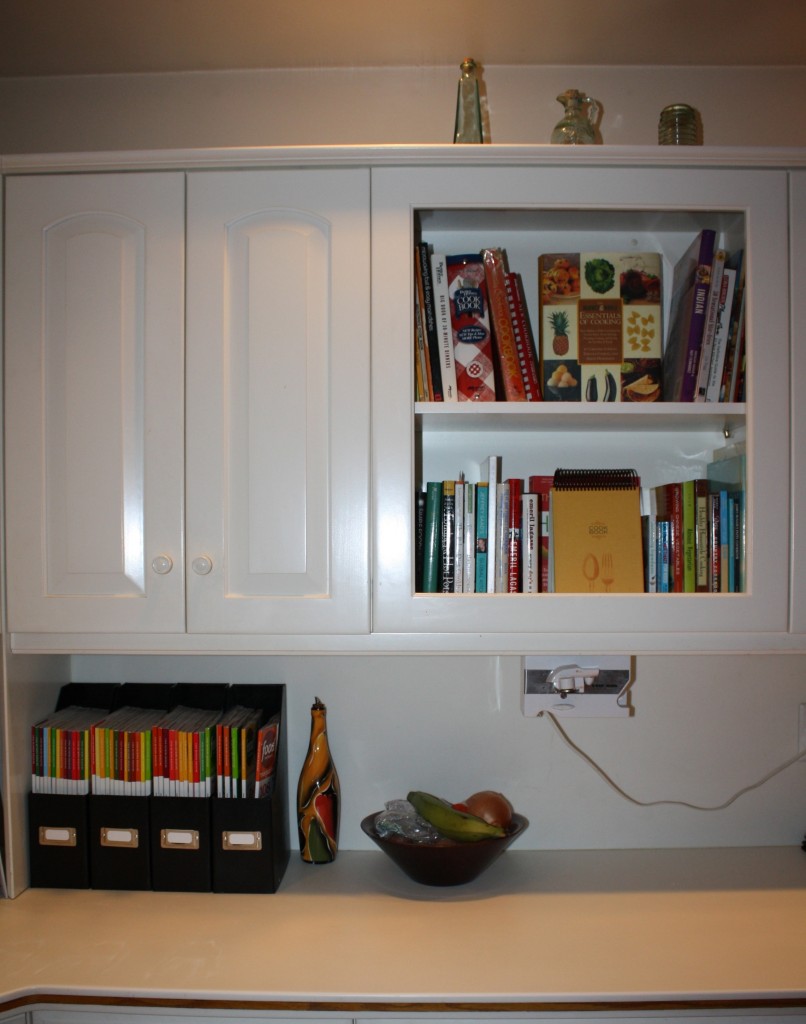 Now I can look at this area of the kitchen without wanting to scream.

Voila!: A couple of zones organized, and it took less than an hour. Now I just need to work on not re-cluttering that counter space …