For Mother’s Day this year, Rich and Coraline let me choose what I wanted to do since, as Coraline reminded me at least a dozen times, “it’s your special day!” I decided that I wanted to check out the brunch at The Cheesecake Factory, where I lived it up with a Belgian waffle and Buffalo Blasts, and got a slice of cheesecake to go. We then swung back by our house to drop off our leftovers and so Rich and Coraline could give me my Mother’s Day presents: two dresses from New York & Co., Clinique nail polish and a face mask, and bacon seasoning (for the win!). The gifts were spot on, particularly the pink patterned dress I’d been looking at the night before on my iPad; Rich was amused to discover that I’d been thisclose to buying it for myself.

We then went to the Knoxville Museum of Art, Coraline’s first-ever visit to an art museum. She did pretty well for her first visit, although she is far from being ready for the guided tour. I loved that she asked for me to photograph her in front of the art she liked the best. My favorite was the inverted Mona Lisa made with spools of thread by Devorah Sperber; viewed through a glass orb, the image was then right-side-up. It was recognizable enough even upside-down that Coraline exclaimed, “Hey, it’s Mona Lisa!”

After the museum we changed Coraline into the shorts, T-shirt, and sneakers I’d grabbed at the house so she could play at Fort Kid across the street from the KMA. She had a blast and made some friends, while I tried not to die of heatstroke even sitting in the shade (I think the temperature was close to 90 by then). The heat made Coraline a bit cranky on the drive back home, but her mood improved significantly once she cooled off. During her afternoon nap, I passed out on the couch with Buster since being outside in hot weather pretty much drains me of all my energy. Also, it was Mother’s Day and I didn’t feel like doing housework.

It was my turn for bedtime duty, and as I tucked Coraline in bed, I thanked her again for making Mother’s Day so great. She said, “You’re welcome. And I wasn’t even bad today!” That’s my girl, and I’m so lucky to be her mom. 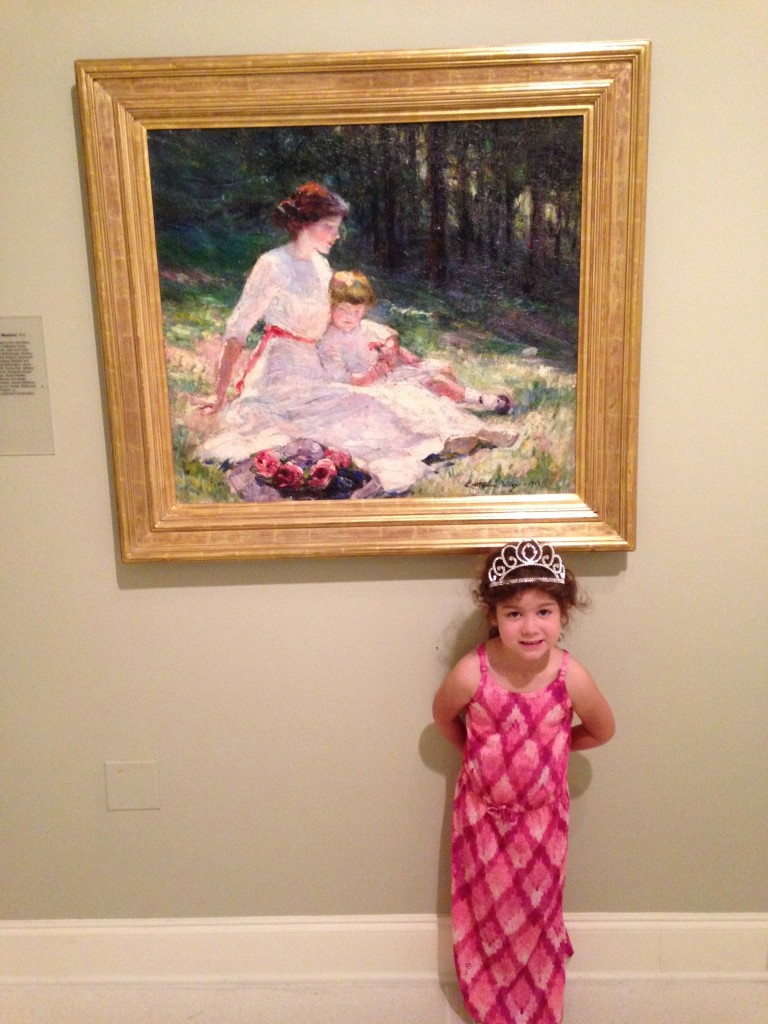 Coraline by her (first) favorite painting, Untitled (Woman and Child in a Meadow) by Catherine Wiley. 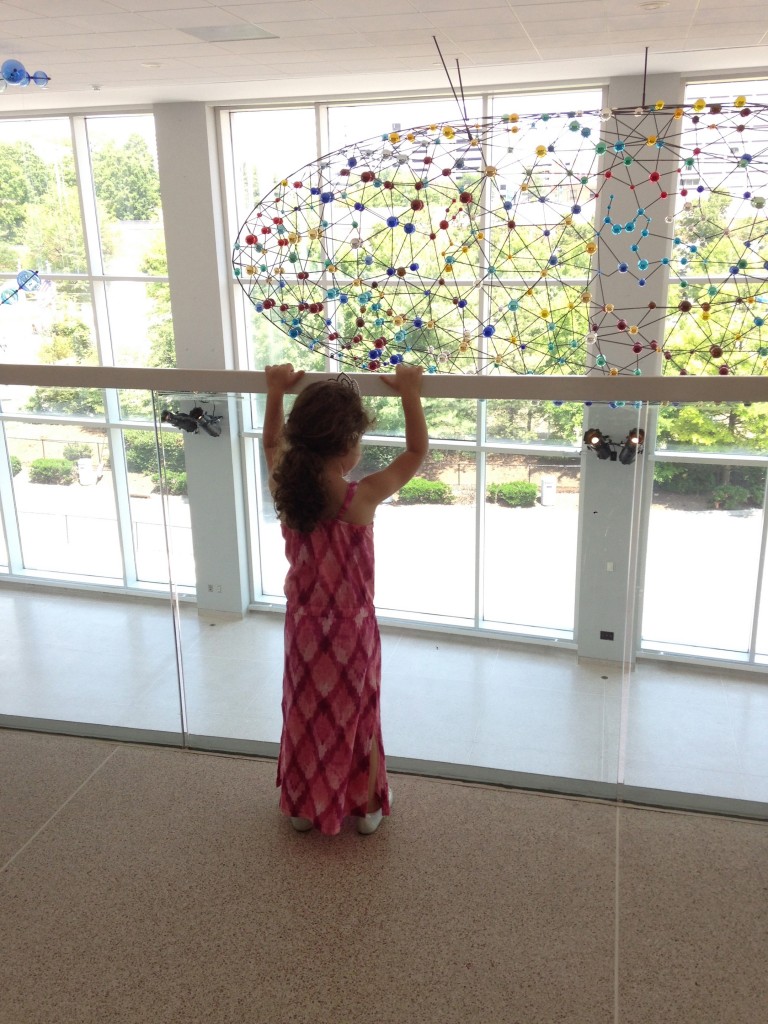 Taking in the museum 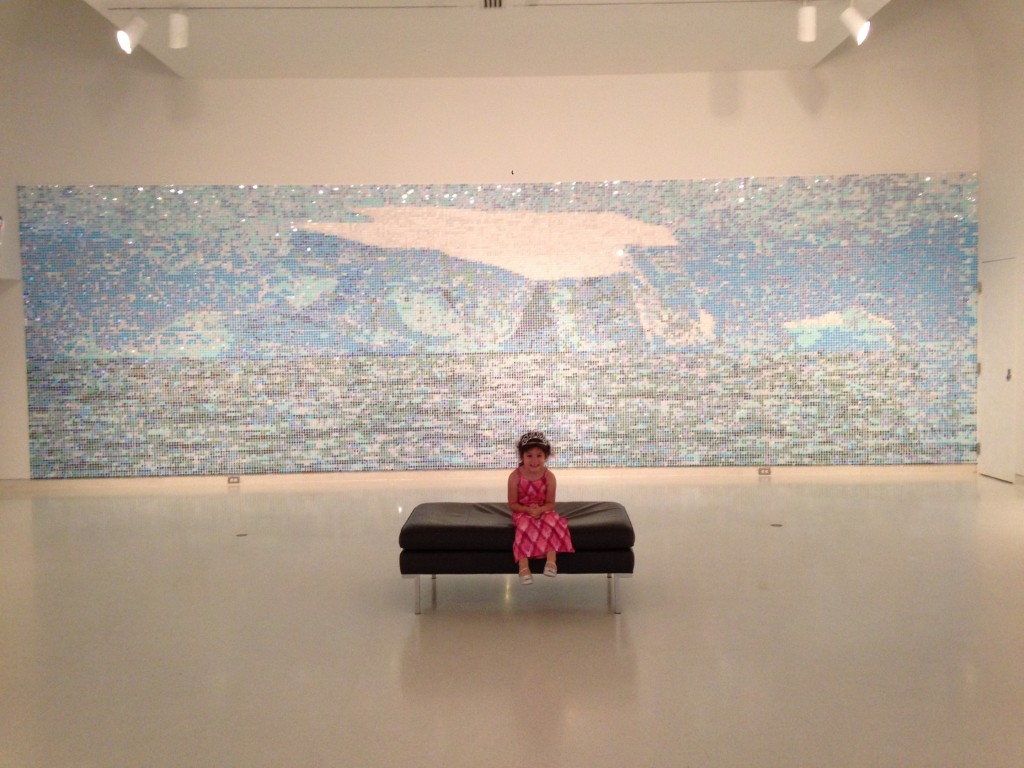 “Mom, take a picture of me in front of this one!” 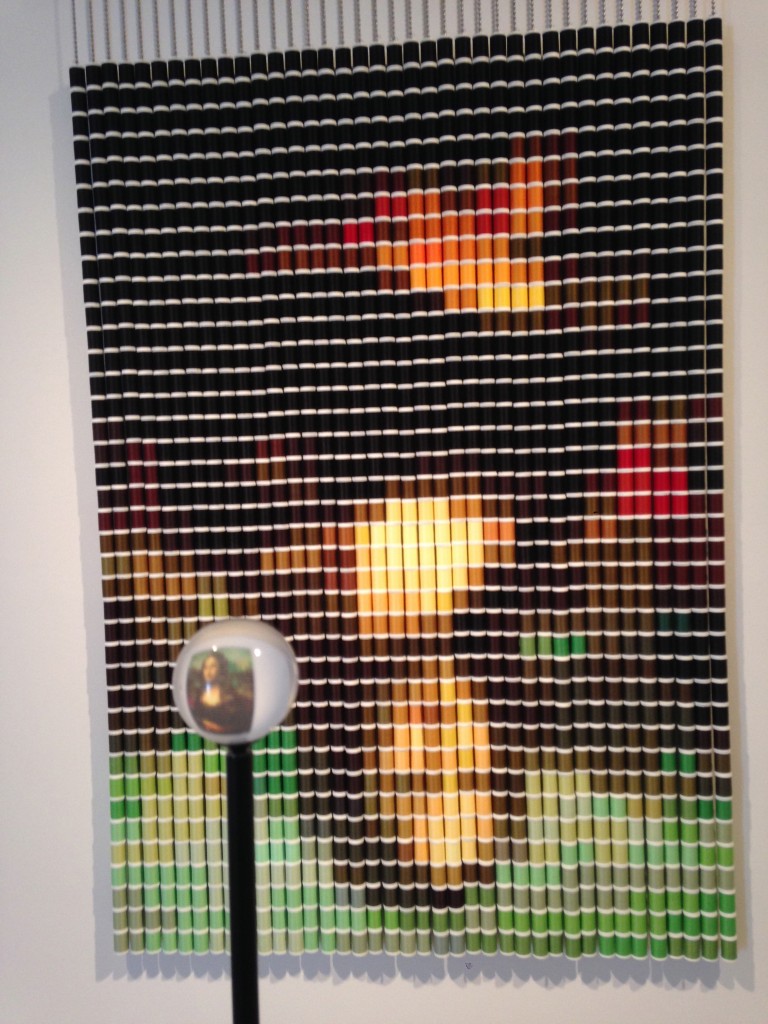 I loved this piece so much. 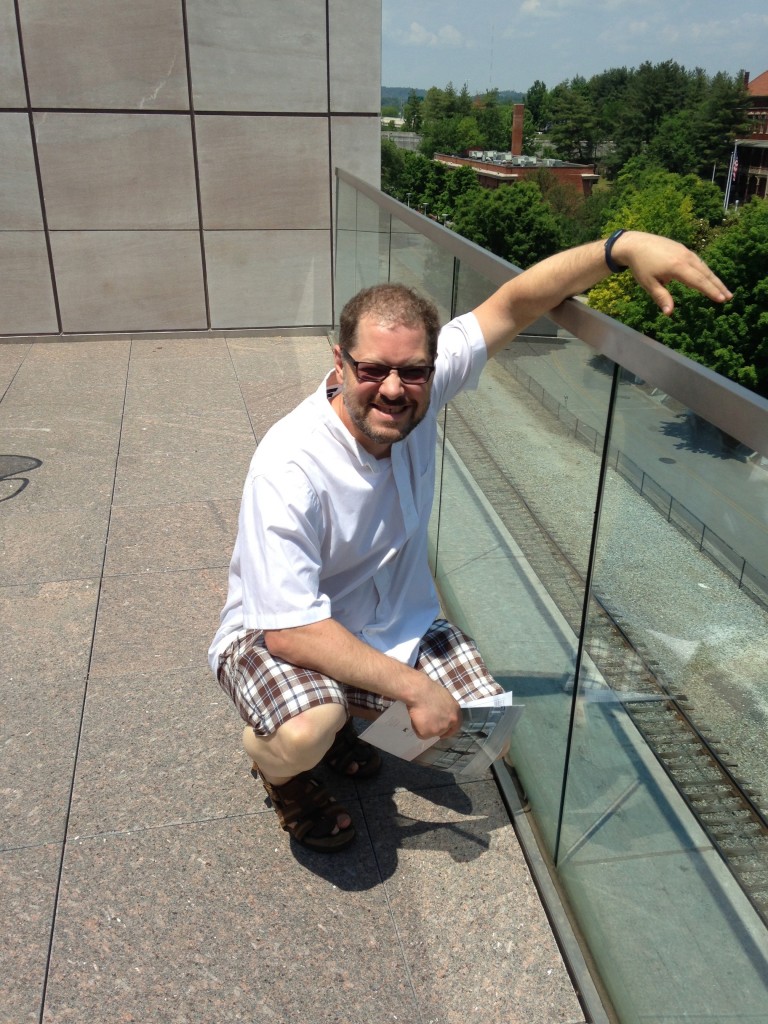 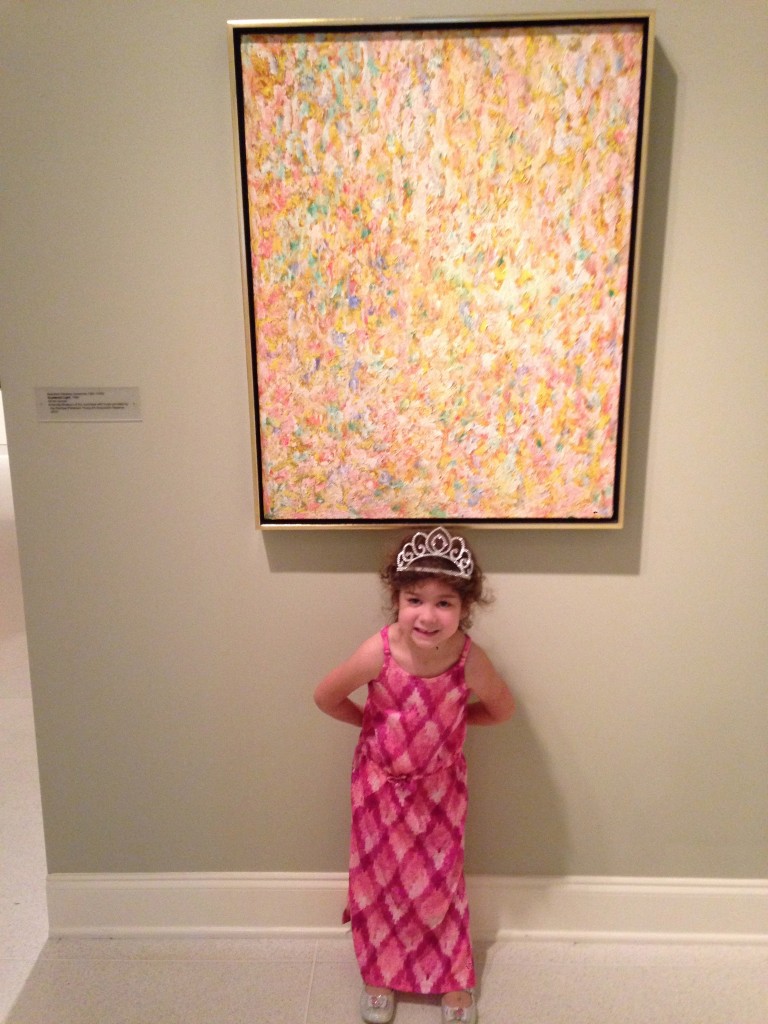 Standing in front of another favorite painting 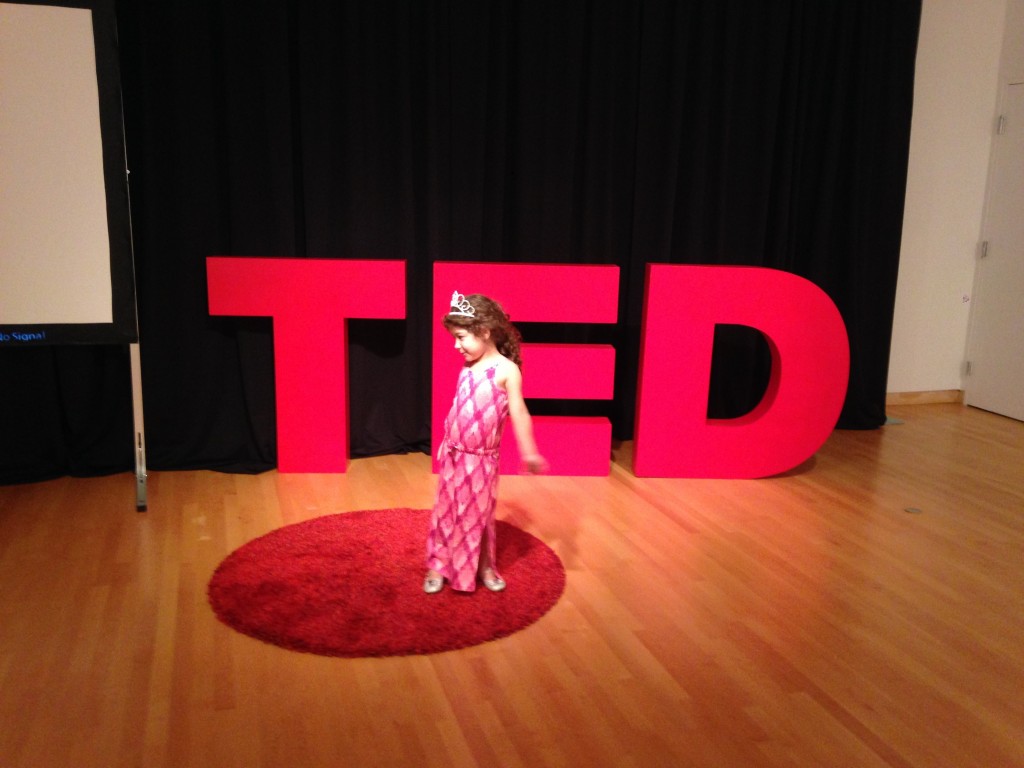 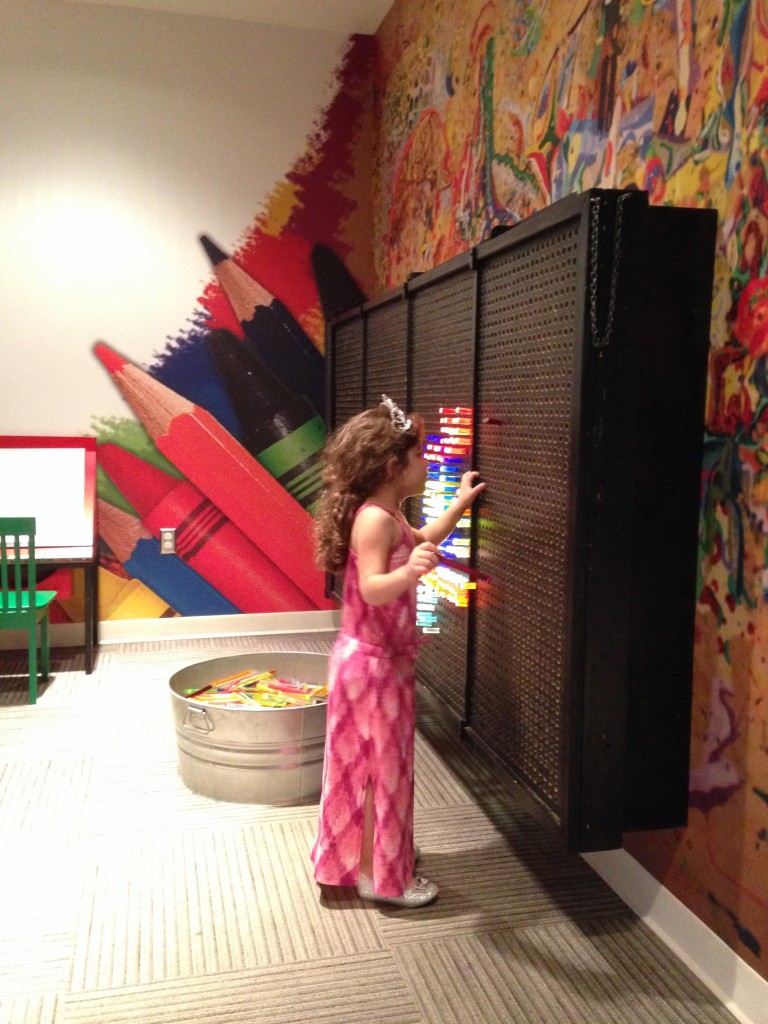 Enjoying the giant wall Lite-Brite in the kids’ area 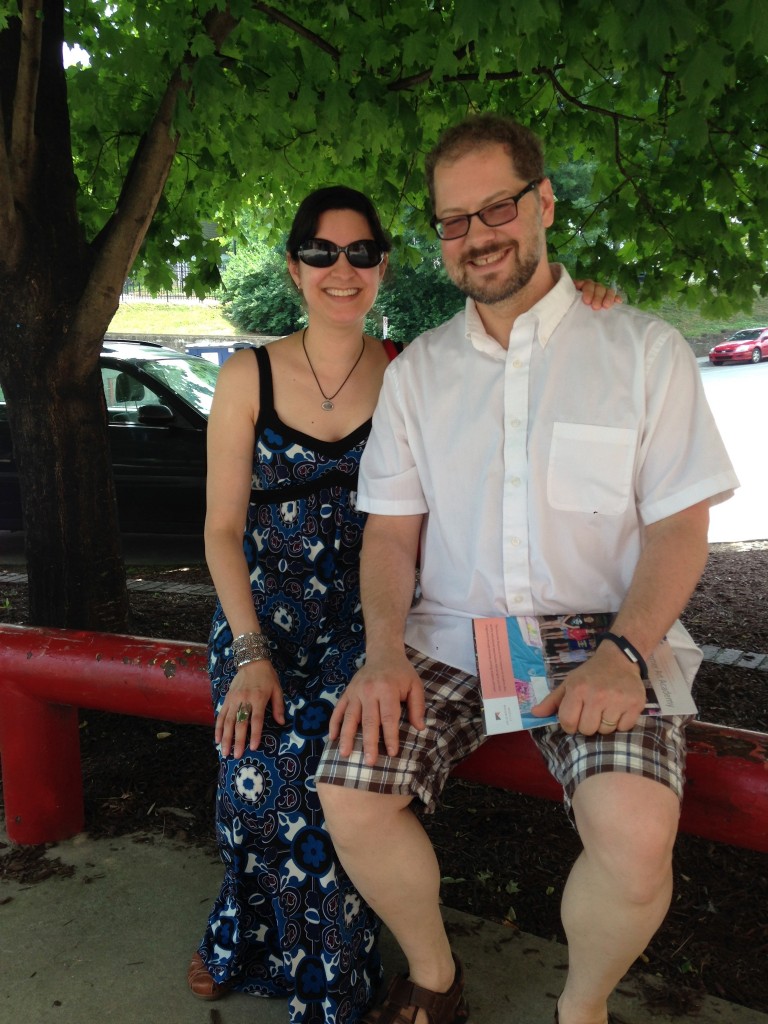 Coraline took this picture! Turns out she took 13 more almost-identical ones, but I think she got a great shot of us. 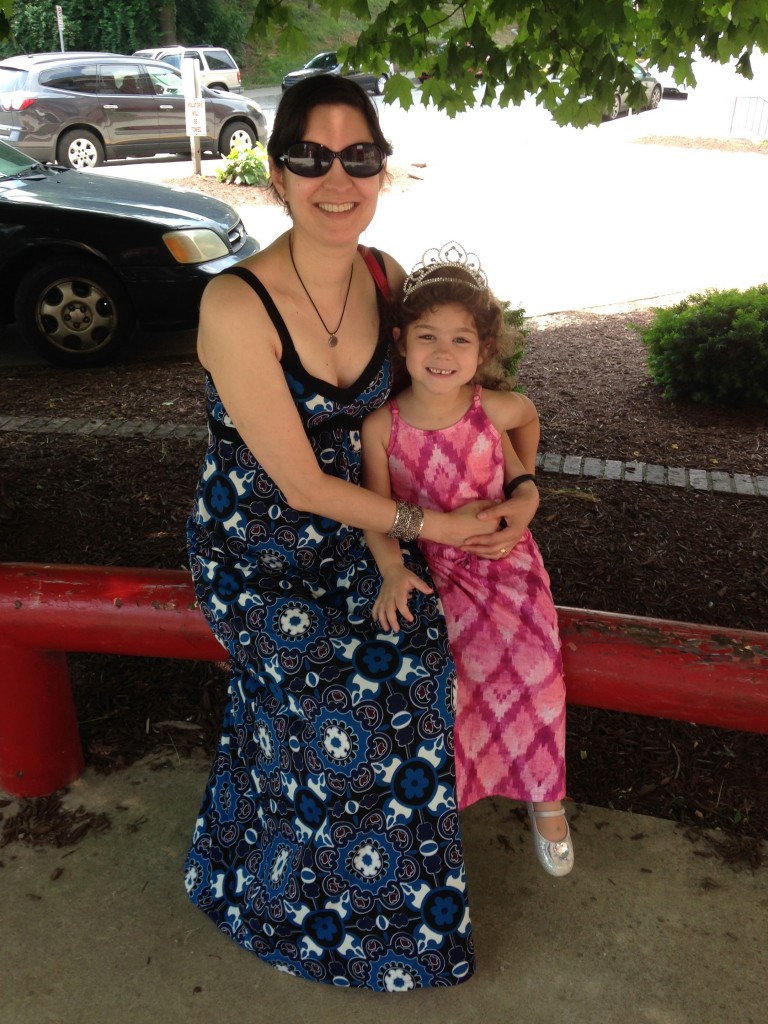 Me and my best girl. She was giddy at the thought of us wearing our maxi dresses for Mother’s Day. Of course, she topped off her look with a tiara.

Filed under around knoxville, parenting, personal